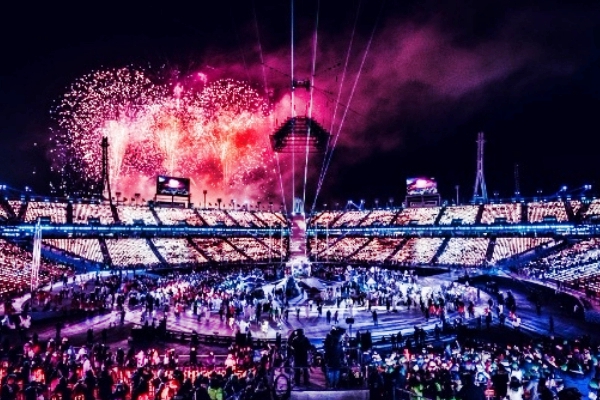 Next to the audience who got to witness it in the stadium, the performance got broadcasted live to millions of households all over the world. The Closing Ceremony is an opportunity for the athletes to be celebrated one last time before they all return to their countries.

For Martin himself, playing the Closing Ceremony had a personal touch, “Playing the Olympic Closing Ceremony was extra special to me. I once got inspired to get started with electronic music because I saw Tiësto play the 2004 Olympics in Athens. That I got the opportunity to recreate that moment myself is such a huge honor. I can only hope and dream that my performance will inspire others like Tiësto‘s inspired me.”

New York Times said, “The last 15 minutes of the ceremony were listed as an electronic dance music party. The DJs cranking loud music included Martin Garrix, the Dutch superstar of the scene. The athletes streamed out of the stands onto the floor and many of them danced. The American skiing superstar Lindsey Vonn led a conga line. A fun and unregimented way to end things.”