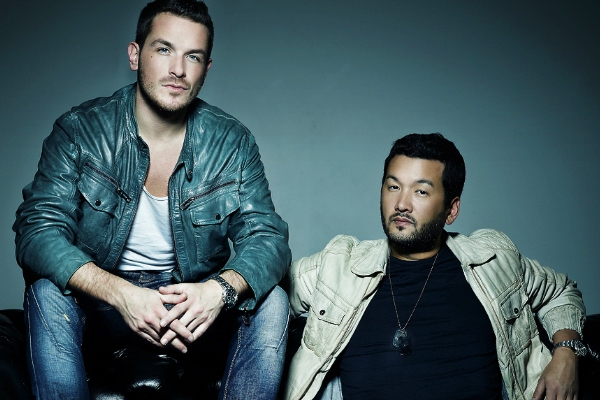 Hey Plastik Funk! You guys have been on a roll with releases back to back, such as widely successful ‘Ever,’ ‘With You,’ ‘Love & Affection‘ and ‘Here We go.’ To end 2016, you guys released your latest track, ‘Sunrise’ featuring Katt Rose.

What was the creative process you guys went through with Katt Rose on this production?

Yes its been a great year. We went back to our music roots at the end of 2015, which is house music and since then we are finishing tracks every week. When we received the beautiful vocals of Katt, we knew this will be a big one. We went to the studio and finished 2 versions in no time. We are super happy with all the support, the success and with the result. Its 100% the music we want to give to the people, its 100% Bliss House!!

Many DJs and producers can only dream of designing their own established genre. Some artists have achieved this such as Slander with heaven trap and Snails with vomitstep.

For Plastik Funk, how did Bliss House become a genre for you guys? Where did it all begin?

People were asking about that style and we didn’t know what to answer, because for us it was just House music… But then we talked to friends and partners and realized its different to what most of house/future house producers are doing, because it combines several sub genres of house music. We want to give positive vibes, summer feeling and just a good time for the people in front of a radio or on the dance floor, so we started calling it Blisshouse and our fans loved it.

‘Sunrise‘ is weaved with a myriad of sounds such as some vibes reminiscent of the disco days, a keyboard, some strings, guitar and the later bouncy and happy bass and beats that we can only describe as Bliss House.

Can you guys describe the bliss in the works with this well established and highly enjoyable track, ‘Sunrise‘ ?

First of all, thanks and great to hear you like it! 🙂 And yes you are right, we love to combine sounds of different genres, new sounds, older sounds from disco to classic. We wanted to give it a summer vibe, as this is the happiest time of the year for everybody and thats what bliss house is all about. Happiness, groove, melodies.

Finally, you guys have been in the scene for over five years now with prosperous performances at a wide variety of events such as Tomorrowland, Pacha and Ushuaia in Ibiza. You’ve also garnered support from trance/techno legend Tiësto and successful artists Afrojack and Nicky Romero to name a few, whilst collaborating with world famous DJ and producer Tujamo.

What does the road ahead look like for Plastik Funk? Can we expect to see more original productions soon and event performances?

In 2017 we want to bring our definition of house all around the world again and our plan is to release a lot of new tracks with our home label Armada. We had a great 2016 and the release schedule for 2017 looks even better. After the release of Sunrise in January, we will release collars with friends and awesome producers like Inpetto and Sagan. We have several originals ready and with Armada Records the perfect and best partner to release our music in the best way!!

It’s great to have a chance to speak with you guys. As always, show some support for these great producers and in this case, stay ‘blissful’ and enjoy 2017!