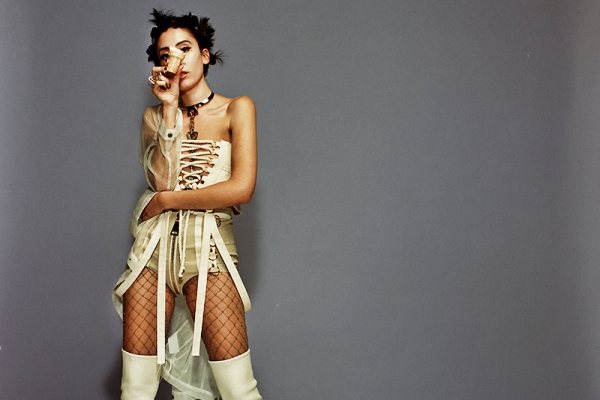 Elohim & Skrillex – ‘Connect‘ – Los Angeles-based artist and producer Elohim has released her new song and video for ‘Connect,’ out today via OWSLA. The song is co-produced by Skrillex and marks Elohim‘s first release on the label. The video was illustrated by Ukrainian artist Oksana Kúrmaz and follows an animated Elohim traveling through the universe with an alien friend.

This April, Elohim released her debut album, Elohim, the pinnacle of a whirlwind year dotted with original releases and collaborations alongside extensive touring, catapulting Elohim to new heights among the top breakout artists of the year. The album has seen widespread critical acclaim from outlets such as The FADER, Mixmag, Complex and Noisey driven by 2018 singles ‘Half Love,’ ‘Fuck Your Money‘ and ‘Panic Attacks‘ featuring Yoshi Flower.

A classically ­trained pianist, Elohim first debuted in 2015 with singles ‘She Talks Too Much‘ and ‘Xanax‘ and released a self-­titled debut EP early 2016. 2017 saw notable collaborations with Louis The Child on single ‘Love Is Alive‘ and with Whethan on ‘Sleepy Eyes,’ which charted on the Billboard Dance Charts and has over 32 million plays on Spotify alone.