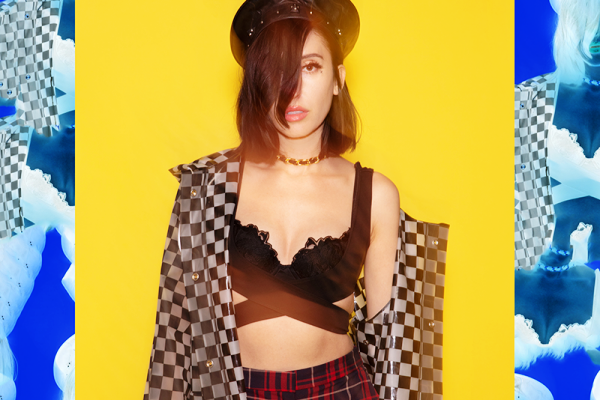 Elohim – ‘Buckets‘ – Los Angeles artist and producer Elohim has released a new single titled ‘Buckets,’ out now via OWSLA. The song was co-produced by Skrillex and marks the second in a pair of singles Elohim has released via the label. Describing the concept behind ‘Buckets,’ Elohim says, “2019 will be a year of unmasking, unveiling, and facing fears head on. ‘Buckets‘ is the beginning. … This piece is an emotional purge, a side of me I’ve never shared before. I am now ready… Are you?”

‘Buckets‘ follows the November release of recent single ‘Connect,’ which was Elohim‘s first release with OWSLA. The track has seen love from Billboard who called it “an airy, synth-pop groove that lifts you gently. It brings a fresh perspective to retro vibes,” and Dancing Astronaut who said the track “creates an uplifting atmosphere, lined by shimmering notes and warm harmonies.”

In April 2018, Elohim released her debut album Elohim, the pinnacle of a whirlwind year dotted with original releases and collaborations alongside extensive touring, catapulting Elohim to new heights among the top breakout artists of the year. The album has seen widespread critical acclaim from outlets such as The FADER, Mixmag, Complex and Noisey driven by 2018 singles ‘Half Love,’ ‘Fuck Your Money,’ and ‘Panic Attacks (featuring Yoshi Flower).’