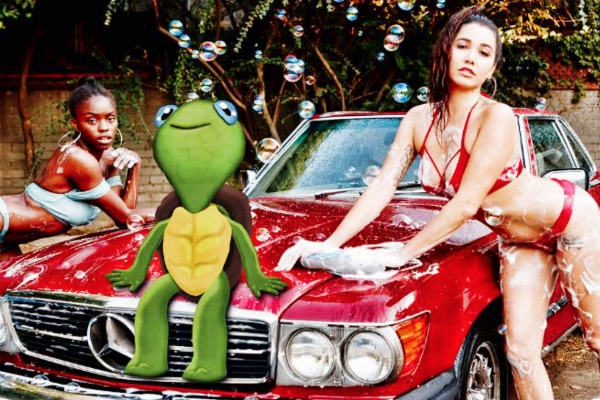 Trippy Turtle – The Trippy – Having spent four years without dropping any new music, Trippy Turtle, the elusive Jersey Club production maestro and CEO of FoFoFadi Records, has released his debut EP The Trippy. In anticipation of the EP’s release, Trippy returns today with a colorful animated visual for the latest percolating single from the project, ‘Lettuce‘ featuring Atlanta rap icon Soulja Boy.

The video premiered yesterday by Complex depicts Trippy and Soulja Boy as they partake in a rollercoaster ride full of fun mischief. The bubbling track, like the EP, is a whirlwind combination of Jersey Club and B-more club, paired with Trippy‘s signature take on hip-hop and R&B, all melding into a twerk banger that’s sure to get the party started. The EP also features based god Lil B and fellow FoFoFadi family members Disco Duck and Chacha Chimp.

To go along with the news and following last month’s release of ‘Animal,’ Turtle has also announced that he will be bringing the party across North America for his Lettuce Turnip Tour.