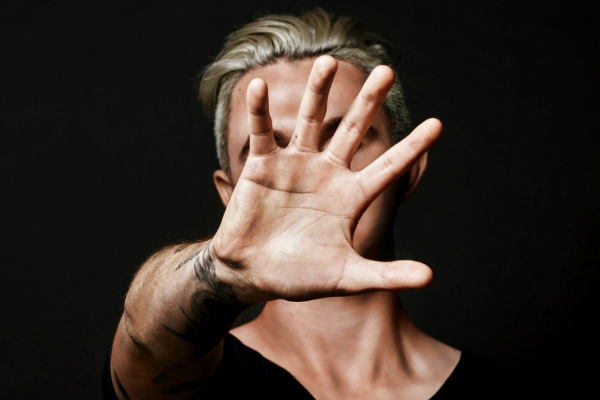 Hi Max! You’ve been in the scene for up to six years and almost since the beginning of your career, you had the chance to sign onto Steve Aoki‘s Dim Mak. Not only that, but you were the youngest to sign with the label, at an eager age of 18 years old.

From successful Dim Mak EPs Badman and Aftershock, shows at Tomorrowland and Electric Zoo to performing alongside EDM giants Krewella, Seven Lions and Candyland amongst many countless others, it’s evident that you’ve gone through quite the musical journey.

You’ve had the chance to work with and alongside so many artists. With that in mind, what has it been like to have been signed at such an early age? What have been some of your most memorable experiences?

Signing with Dim Mak at 18 was amazing.  Having that kind of support and power behind your music and brand at that age is a dream come true. I’ve had the opportunity to work with a bunch of new artists and built many friendships and relationships with people along the way. I’ve also had the chance to travel across the world i.e. Belgium for Tomorrowland, Hawaii, and Ibiza among many other rad places.

If we move from the past and look at your most recent years, we’ve seen that in 2016 you joined Dim Mak boss’ North American Neon Future Bus Tour and played at Pacha in Ibiza. You left the previous year with your first full-length album Heartache, which featured your futuristic flavor, haunting vocals and catchy melodies.

What was the creativity involved in designing the album? Furthermore, you’ve just recently released your remix package for the album’s title track ‘Heartache.’ How was putting that together and getting the attention of big artists Taiki Nulight and SMLE?

When I started making the album I really didn’t have an “album” in mind. I was really just making the music I was feeling at the moment. The music collectively took me about a year to make and at first I thought it was going to come out as a 4 or 5 song EP. Then miraculously somehow I pumped out several more tracks really quickly that I loved and thought fit in the same style as the rest of the Heartache songs. Heartache was actually the last song made for the Album and was definitely my favorite of the bunch.

After the album I hit up a few artists that I really was vibing on lately to remix ‘Heartache.’ SMLE, Taiki Nulight and Merce. SMLE killed it and brought some more intensity to the track which has been great for my shows. Taiki slayed the underground house vibe and Merce nailed the atmospheric movie trailer-esque flow to close out the package. It was fun getting to hear other producers interpretation of my brain child.

Following the 2016 release of your Heartache album and remix package for ‘Heartache,’ you’ve now released your first original track of 2017 with ‘Roller Coaster‘ in collaboration with Dirty Audio. Featuring a dreamy bassline that eventually transitions into a funky and futuristic break, the track presents your yet again ability to produce eclectic sounds.

What was the process you guys went through when creating ‘Roller Coaster‘?

Dirty Audio and I met in Belgium in 2015 at Tomorrowland. We talked about working together then on something but didn’t really get around to it until a year or so later. He sent me the initial idea which was an intro/breakdown/build and started work on the first drop instantly. It went back and forth for a couple months then ‘Roller Coaster‘ was born. We are stoked on the track and happy to see all the positive feedback on it so far.

With the ‘Heartache‘ remix package and ‘Roller Coaster,’ you’ve started the new year right! What can you tell your fans about what you have in store for the rest of 2017?

‘Knock Me Down,’ my new track with MAKJ just has been released on Dim Mak, among much much more new music. Stay tuned 😉

I want to finally thank you for taking the time to chat with me here at EDM Joy. I’m sure like most of your fans, we are all eager to see what’s to come for you this year! For the fans, make sure you keep up to date with Max and enjoy his latest productions!