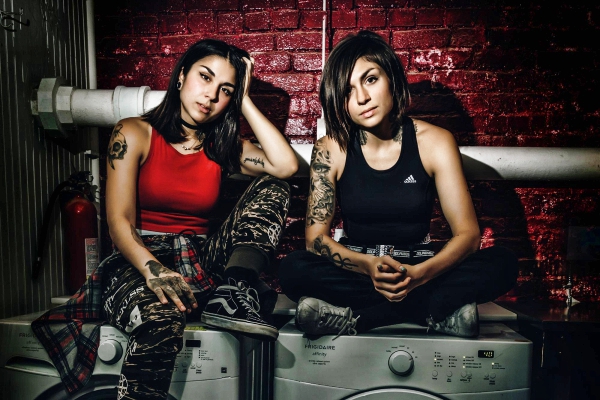 It’s The Ship 2017 Final Lineup – Following the first huge line-up announcement earlier this year, It’s The Ship, Asia’s largest festival at sea, now reveals its final lineup, as it prepares to set sail on its fourth edition this November 17th-20th, 2017.

Adding to the likes of Krewella, Yellow Claw and hip-hop collective of the moment 88Rising, are an eclectic mix of world-class artists, all of whom will be sending revellers into a frenzy on-board the Genting Dream. First up is trance mainstay, Andrew Rayel, whose work under Armin Van Buuren‘s Armada label has jettisoned him to international stardom. Continuing on this theme is Finish duo, Super8 & Tab who have also championed the Armada imprint, as well as providing remixes for the likes of Armin, Above & Beyond and Comic Gate. Be sure to catch both of these epic sets on-board.

Craze, the only solo DJ in history to claim the DMC World DJ Championships trophy three times consecutively, will be a part of the diverse hip-hop royalty that will be spinning on deck. A living legend in the world of turntablism, Craze will be bringing a unique blend of rap, dubstep and Miami bass on board. Another surprise announcement comes in the form of Panjabi MC, who made his name with bhangra/hip hop crossover hit ‘Mundian To Bach Ke.’ The remix that featured Jay Z caught the attention of an international audience; with Panjabi MC going onto win a MOBO and an MTV Europe Music award. For the fans of world music on-board, this is certainly a must see.

A host of Singapore local talent have also been added to the bill including hip-hop sensation Shigga Shay, party-starter DJs Jade Rasif and Rave Republic, as well as Zouk club resident Matthew. In keeping with their dedication to making sure every guest on board is entertained, It’s The Ship also announced that the male striptease troupe, The Chippendales, will be bringing their unique show from Las Vegas to It’s The Ship 2017. Headed up by actor and Vogue‘s greatest male model of all time Tyson Beckford, this show is sure to get ticket-holders hot under the collar. The fashion icon is known to have appeared in numerous blockbuster films as well as music videos from some of the world’s biggest artists including Britney Spears, Mariah Carey and 50 Cent.

If this wasn’t enough, It’s The Ship 2017 have also announced their daily dress-up parties, which include onesie, latex and jungle themed days. For ideas on how to look the part, head to the themed party section on It’s website, http://www.itstheship.com/themedparties17/.

To coincide with the full line up announcement, interested party goers can purchase balcony cabins via http://www.galactix.asia/itstheship-2017 ONLY for the next 48 hours or choose to sign up to the waiting list for other cabin types via the It’s The Ship‘s website (http://www.itstheship.com).