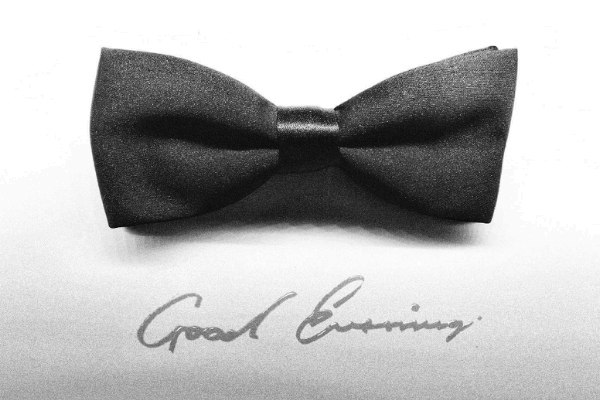 Deorro – ‘Good Evening‘ – After much anticipation, DJ and producer Deorro has finally released his much sought after debut album Good Evening, out on Ultra Music! It’s the kind of conceptual album that takes listeners on a genuine musical journey. In this case, fans get to venture across an eclectic EDM soundscape, consisting of 24-tracks spanning across multiple genres.

Three years in the making, Good Evening presents and showcases Deorro‘s powerful and diverse production capabilities, tastes and talents. While fans have become familiar with the bouncy ‘Rise & Shine‘ and second release ‘Feeling Pretty Good,’ the album has for the most part remained a mystery up until now. The album is truly a masterpiece, consisting of eight theatrical interludes and songs that prove to be a culmination of various styles, including progressive house, future house, dubstep and touches of ambience.

Highlights consist of ‘Turn Back Time,’ the newest single off the album and a vocal driven funky electro number, ‘Bomba,’ a hip-hop dance hybrid packed with wonky sounds, ‘Find a Way,’ a trance-style electro track and the ‘Honest Man,’ more somber, guitar driven work. Deorro rounds out the LP with the ballad ‘Tell Me Lies,’ the soulful ‘Let It Go,’ and ‘Lady,’ which floats over an ambient and downtempo cloud.

A Los Angeles native and proud Mexican-American, Deorro is renowned as a prodigy in the progressive house world and is the recipient of a 2014 EMPO Award for Best Latin American DJ. Good Evening is a piece of work that showcases Deorro’s continued growth as an artist and dedication to music.