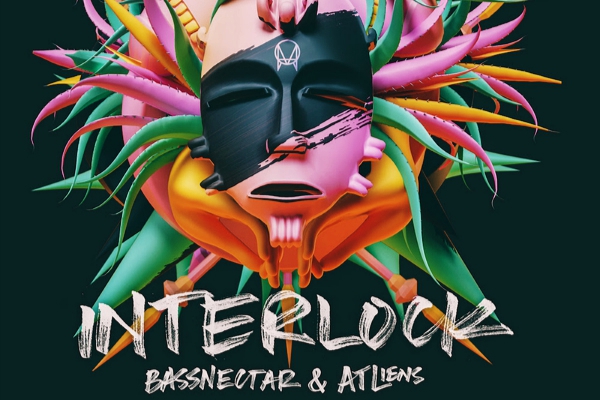 Bassnectar – ‘Interlock‘ – Bassnectar and ATLiens have teamed up for their new single ‘Interlock,’ through the ever so tasteful OWSLA. As a label that never fails to impress, this song blends the power and ability of duo group ATLiens with EDM giant Bassnectar in a way that presents to fans some bass vibes that they just have to hear!

Originally premiered during Lorin’s takeover of Insomniac‘s Night Owl Radio, fans have since been eagerly waiting for the official release of ‘Interlock.’ It’s been a staple in ATLiens and Bassnectar live sets across the nation, including performances at the Aspen X-Games and EDC Orlando.

Bassnectar has recently announced a slate of upcoming releases under his new project NAUX FAUX and the 10th installment of his legendary Bass Center event series. On the other hand, ATLiens have been teasing their work potentially leading up to a debut EP later this year.

Enjoy these intense vibes and try not to end your weekend by headbang to hard!