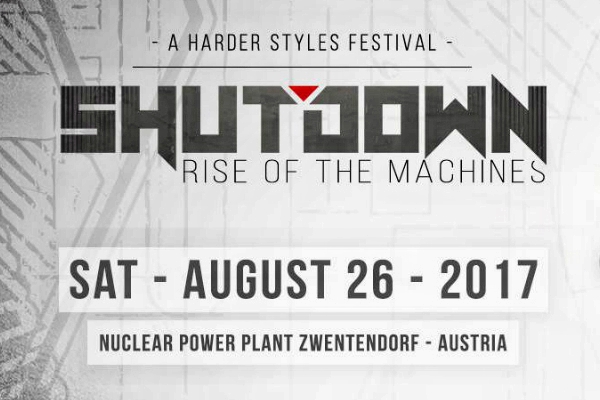 Shutdown Festival 2017 – Revolution Event, the organizers of Electric Love Festival are proud to announce Shutdown 2017, which is set to be a new festival that is heavily focused on hardstyle. Shutdown will be held in a deactivated nuclear power plant in Zwentendorf, probably the most unusal location for any festival in the world.

The hard dance community will come together in Zwentendorf for 12 hours of hardstyle, rawstyle, freestyle and hardcore on the August 26th this year!  Ticket sales will start in early March with early bird tickets phase 1 on March 9th and early bird tickets phase 2 on June 1st. Expect the first phase announcement of the lineup on March 2nd. Follow the socials for Shutdown Festival 2017 below to keep track of phase announcements and ticket sales!