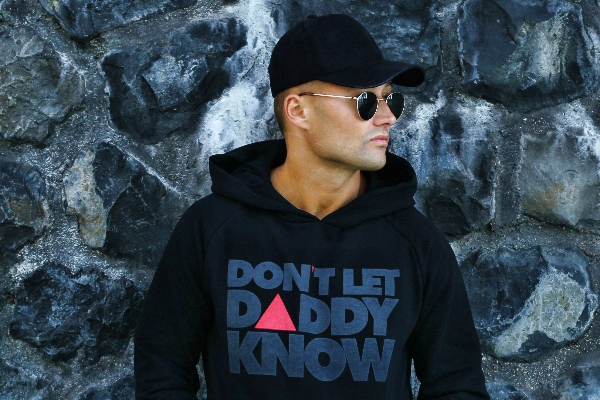 Hi Sem! You stepped into the new year by leaving your mark in 2016 with the massive success of your Amsterdam Anthem, ‘Get It Up.’ Now, through your very own successful imprint #DLDKMUSIC, you’ve recently just released the new Thailand Anthem titled ‘Screaming and Dancing.’

As the Thailand Anthem was an exhilarating bass filled future house production, what can you tell us about what went into designing ‘Screaming and Dancing‘ and the creativity involved?

I always wanted to create a deeper and more underground/bass track. I know the people in Thailand really like this sound so it was the right moment for me to drop this as an anthem. I play a lot of these tracks so it feels natural for me to play it in my set.

Stopping to reflect on your journey, we can see that you have achieved quite a lot. Not only have you’ve performed at some of the world’s most revered festivals such as Creamfields and Mysteryland, but you have also played alongside EDM giants Skrillex and Martin Garrix.

Through all of this, you have garnered support for your work by Diplo and Afrojack amongst many others and even managed to jump start your label #DLDKMUSIC.

Looking back at your musical career, what are some of the most memorable moments and favorite experiences you have had?

I would say that one of my most favorite experiences was Don’t Let Daddy Know in Thailand last month! Such an amazing crowd and production. Besides that, I played from Japan to the United Kingdom, literally traveling the globe. My track ‘Get It Up‘ became super popular in no-time with support from DJs like Martin Garrix, which was also a memorable moment!

Fast forward a few years later and now fans are waiting patiently for your highly anticipated new single ‘Waiting For You.’ To go along with this expected release, you’re also celebrating the official five-year anniversary of the massive event ‘Don’t Let Daddy Know.’

Continuing through 2017, what can you tell your fans all around the world about this upcoming single and your plans for the coming months?

I can’t wait to release this new single which will also be the anthem for Don’t Let Daddy Know Amsterdam! My plans for the coming months are mostly playing at multiple huge shows and festivals in countries like Scotland and Brazil. Besides that, of course continuing producing new tracks to release this year as well!

With the hype behind ‘Waiting For You‘ and the massive lineup of the DLDK event in Amsterdam on the 3rd and 4th of March, featuring Tiësto, DV&LM, Third Party, Showtek and W&W amongst many more, the new year for you is already looking to be off with a great start!