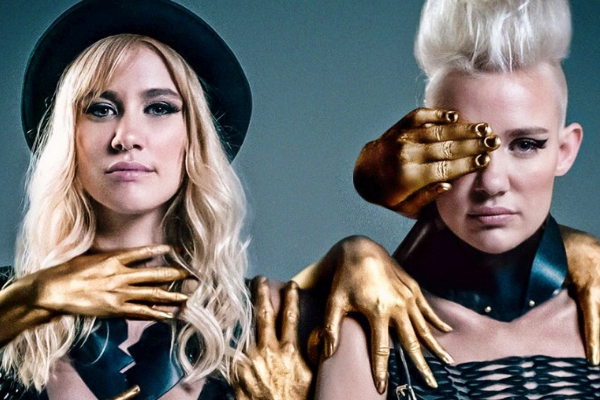 NERVO – ‘In Your Arms‘ – After their successful 2016, Grammy-Award winning producing duo NERVO have started the new year with their new single ‘In Your Arms‘ out via Big Beat. Filled with eclectic synth hooks, percussive elements and throbbing club beats, this is a must hear track from the ever so lovely sisters.

Originally the sisters kicked off their music career as songwriters and producers, establishing their musical prowess by working with artists Kylie Minogue, Ke$ha and Steve Aoki. Recently, they earned their first Grammy Award for the songwriting on David Guetta and Kelly Rowland‘s track ‘When Love Take Over.’

From their early recognition of songwriting to later producing, NERVO have now made strides in the DJ realm performing over 200 shows a year with venues such as Tomorrowland, Lollapalooza, EDC and Creamfields. Now they have debuted their first track of 2017 and the world will just have to wait and see what these two have in store for us.