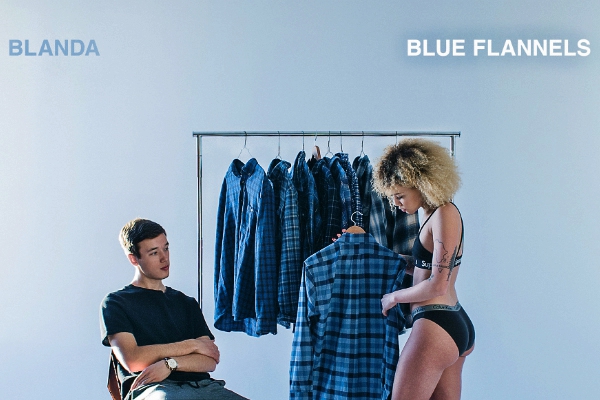 Blanda – ‘Nine‘ – Minnesota DJ and producer Blanda has released his new EP titled Blue Flannels. Featuring six tracks, he blends jazz, hip-hop and R&B in a way that delivers an EDM package not given to the masses often these days. Standing out the most is his juicy EP single release ‘Nine.’

‘Nine‘ is a three-minute musical journey featuring trap vibes, reminiscent 90’s funk, Egyptian turns and chilled back R&B transitions. What’s more, is that this is just one chapter amongst the rest of his Blue Flannels EP. From ‘Trust‘ and it’s jazzy, hip-hop vibes to the trappy, R&B of ‘Lawd‘ and ending with heavy production ‘Fur Audri,’ you get it all in the satisfying, experimental, alternative, indie, jazzy, trap, chilled out extended play.

At only 20 years old, it’s clear that Blanda is still growing his talent. This latest project in the form of Blue Flannels EP definitely proves that he is headed in the right direction. With aggressive drums and complex chord structures, this DJ and producer shows originality and uniqueness that the EDM soundscapes hasn’t quite seen yet.