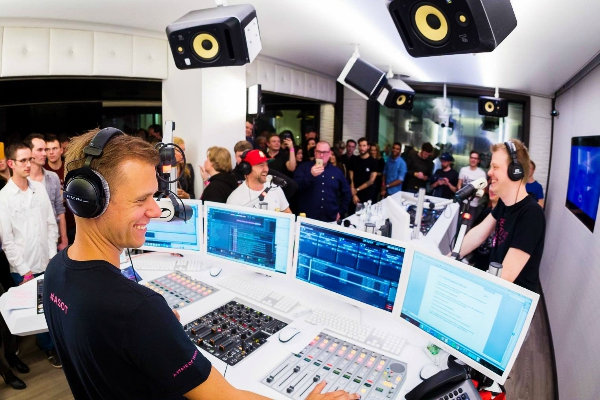 Armin van Buuren – Radio Studio’ – Armin van Buuren has once again gone all out, continuing his strong success. Last Thursday, the world-renowned Dutchman opened his new radio studio in Amsterdam, built specifically to enhance the A State Of Trance experience for his fans with a full video stream system.

After the official opening of the radio studio, the 800th episode of A State of Trance was streamed live on Armin van Buuren’s Facebook page and YouTube channel for two hours.

On February 18th, this heavy milestone will be celebrated in the Jaarbeurs in Utrecht, the Netherlands, with a brand-new edition of the biggest Trance event in the world: A State Of Trance 800 Utrecht. More information, tickets and more can be found here on the event can be found here. Make sure to follow Armin van Buuren to check out the next airing this week!