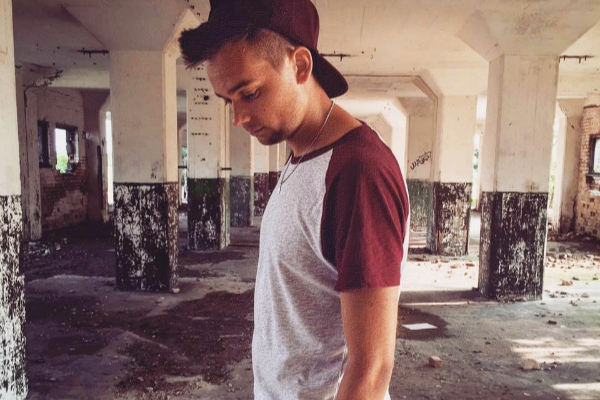 Now just in time for 2017, we get an exclusive look into the mind of DJ and producer SKYTONE.

Hey man, what was some of your inspiration you had while remixing this track alongside Dirty Play?

We wanted to produce something different in a groove house genre. We had been inspired by many different productions and the vocals of ‘Black & White‘ just made it even better.

What was your experience while producing ‘Black & White’?

While making this remix, I learned a lot of useful stuff that I’m still using. But mainly, I learned how to be patient while producing music and that in collaborations it’s needed to find some compromises and golden thing to finish this collaboration.

How were things when you first began producing music?

To be honest, I wasn’t that patient then. I was uninstalling and installing my DAW a couple of times at the beginning. It was hard.

Every time I deleted it, few days later I felt like I missed something and I had to go back to this DAW. Everything changed after I learned the basics and I saw progress in my productions. That definitely motivated me to keep doing that.

You’ve been an artist that has produced a wide variety of tracks spanning many genres along the myriad and eclectic soundscapes that is house. What is your favorite style of music to produce?

I’ve been trying produce a lot of genres, just because I wanted to find my own path as a producer. Now I love progressive house and bigroom but I didn’t say the last word yet so anything can happen in the future!

I’ve noticed one of your tracks was in one of Hardwell’s latest mixes, Hardwell On Air. What was your reaction when you first found this out?

I think that every single EDM producer deep inside their heads wants to have their own track played in HOA.

I did it and this is dope feeling that I can’t even explain. That was one of my many dreams, I’m happy that I can just put it to those dreams that are already reached.

I received a lot of motivating and emotional words after the #297 episode of Hardwell on Air. I hope there are gonna be much more surprises like this!

Who are some of your musical inspirations?

I don’t have just a one idol. I have a lot of producers that I love listening to and I respect them by having their own styles, but if I have to say which producer inspires my productions then I can’t say. Everything is inside my mind and everything I do is just mine.

What does the future have in store for SKYTONE?

I have some tracks already prepared for release in 2017, I hope that this year will be even better than 2016.

I’m gonna find more bookings, more dreams to come true which is for example releasing a track in Revealed Recordings. Keep your fingers crossed on me!

At the very end, I want to thank all the people following and motivating me to making next steps. Thank you my listeners, thank you Luke Alive, Quenaudon, Veldem and Christoffer Nelson for our successful work in 2016. Also, a big THANKS to my girlfriend Klaudia, because every time I failed, every time I wanted to stop – she was with me, always!