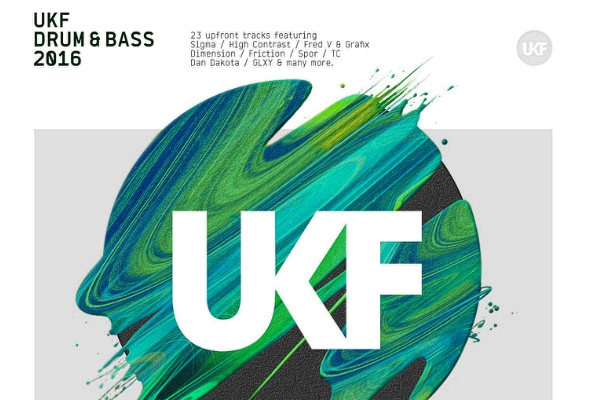 The CD features 4 diverse and equally beautiful exclusive tracks from both established and rising artists, including a remix of Jome’s ‘Cinnamon‘ courtesy of liquid d&b duo Hybrid Minds, as well as a VIP edit of Technimatic’s timeless ‘Night Vision,’ lifted from their debut 2014 album on Shogun Audio.

Representing a different, more energetic side to the genre, upcoming producer Dan Dakota—hailing from Calgary—has provided a gritty yet uplifting original ‘Glow,’ which finally sees its official release after getting an impressive amount of DJ support and being included in Fred V & Grafix’s Essential Mix. GLXY completes the series with another soulful anthem, In ‘Space It Never Rains,’ emphasized by the sophisticated voice of London singer Louisa Bass.

Spearheaded by curator and entrepreneur Luke Hood, UKF has successfully built a steady empire since its creation in 2009, rising from unknown quantity to one of the most prominent names in the industry. Representing the broad diversity of talent that makes the drum & bass scene as strong as ever, this compilation is another key addition to the legendary tastemaker’s collection.