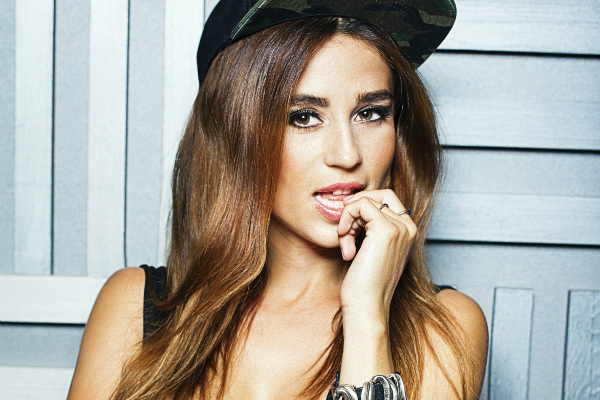 Juicy M – ‘Maracana‘ – Initially dedicated for 2016’s Olympic Games, Juicy M made ‘Maracana‘ in the middle of summer while touring between her residency in Ibiza and some of the biggest European dance festivals such as Ultra Music Festival in Croatia. This fact might explain the energy and arena attitude of this banger.

Even though the compilation was never previously released, ‘Maracana‘ precisely conveys the mood and the sense of Olympics with positive vibes, punchy leads and of course a little bit of Brazilian touch in form of traditional samba drums. Do you miss massive summer festivals? Well, ‘Maracana‘ will definitely remind you of one!

‘Maracana‘ can now be found on Juicy‘s soundcloud page free for both streaming and download. ‘Maracana‘ is the first in the series of free releases Juicy M has prepared while working on a full scale album in Los Angeles and her fans can definitely expect more free perks in early 2017!

If you like ‘Maracana‘ you also might like Juicy M‘s collaboration with Spanish fellow DJ LukaCaro called ‘Obey,‘ which was released on Armada Music earlier this year in August. Be sure to show some support for this great artist if you enjoy what you’re hearing!