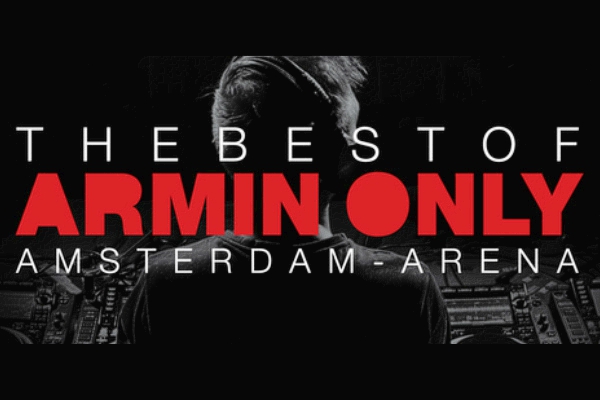 Armin van Buuren – ArenA – The Best of Armin Only, Armin van Buuren’s largest ever solo show in celebration of his career’s twentieth anniversary, has sold out at lightning speed. With the official ticket sale commencing at 4pm yesterday, all tickets were snapped up in a staggering ten minutes. Set to make history as the first DJ to host a solo show at the Amsterdam ArenA, due to the incredible success and popular demand Armin has announced a second show, which will be held on Friday, May 12, 2017. Tickets are available now and can be purchased via www.arminonly.nl/tickets.

A once in a lifetime opportunity, taking place at one of the most prestigious venues in the Netherlands, these shows will not only be his largest to date, but will also mark the final chapter in the Armin Only world tours. A celebration of Armin’s extraordinary career, which has seen him placed in the top five DJs in the world (DJ Mag) for the last fifteen years, The Best of Armin Only will see the Dutch legend take his fans back in time – from his very first club memories to the best of his world tours, as well as a sneak peek of what the future has in store.

“It is touching that the show sold out so quickly. Amazing that so many people want to celebrate this milestone of Armin Van Buuren 20 Years – The Best of Armin Only with me so eagerly. This is the biggest my team and I have created in the past 20 years and I am really looking forward to it! We aim to make this the best show ever, and are doing everything in our power to make sure everyone will leave the ArenA with goosebumps. Of course I want to give everyone the chance to be present, which is why a second show seemed more than fair.”

Crowned the world’s best DJ no less than five times and awarded a host of other accolades and titles over the past twenty years, it’s evident why Armin van Buuren has become a worldwide phenomenon in the electronic music sphere. Having hosted over 100 Armin Only shows spanning 5 continents and 68 countries, Armin is currently traversing the globe with his Armin Only Embrace world tour.

On February 18, 2017, a new edition of A State of Trance will take place in Utrecht, a world revered event based around his weekly radio, which now airs in over 84 countries to a weekly audience of over 37 million listeners worldwide.