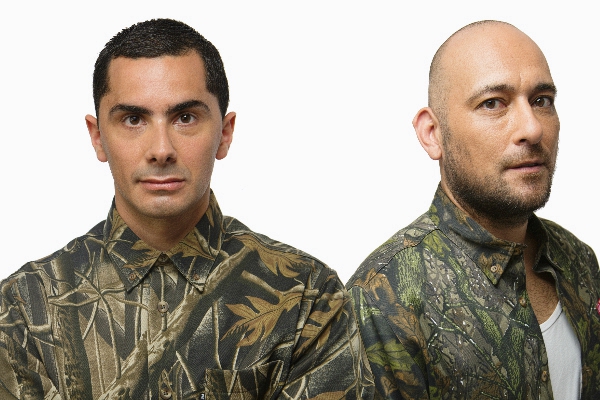 The Partysquad – ‘Lights Out‘ – After the sensational ‘Pum Pum‘ track being the first release joining The Partysquad‘s very own Rebel Yard Music label and Spinnin Records, the talented Dutch DJ production duo smite again with the next hot single, ‘Lights Out,’ produced together with their fellow chart topping Dutch producer Alvaro. Both, The Partysquad and Alvaro have already worked together on Wildlife EP released just recently on Steve Aoki‘s Dim Mak.

As you might be guessing, ‘Lights Out‘ is about to put you in a good mood. Its shabby electronic vibe, even more immense bass line and galvanizing pop vocal part fit perfectly in The Partysquad‘s unique Rebel Yard Music label imprint. No wonder their relationship with Spinnin Records, the most prominent independent dance music label out there, is escalating faster than the speed of light. We didn’t have to wait any longer for both projects’ next music creation – since the successful releases of already mentioned ‘Pum Pum‘ and Wildlife EP, The Partysquad and Alvaro just keep attacking with the real electric storms so you better turn your lights out!

“Hide and seek deep in the night, to find me just turn out the lights!” – the energetic lyrics swirl around the gravelly arrangement of the melody and mellow yet palpable hi-hats. However, the luminous track wouldn’t have seen the daylight if The Partysquad hadn’t accidentally stumbled on the vocals while working on ‘Pum Pum,’ which inspired them to invite Alvaro to take part in the creative process to create another electronic piece under the mere yet riveting title, ‘Lights Out.’

‘Lights Out‘ and its’ beat was flipped to become more of a radio friendly style than the guys’ previous Socko releases and that’s how ‘Lights Out‘ became a universal track perfect for dancefloors and for the radio. Thus, it seems that their brand new release is going to expand The Partysquad‘s and Alvaro‘s circle of such successful past productions as those featuring Lil Jon, Major Lazer, Afrojack and M.I.A.