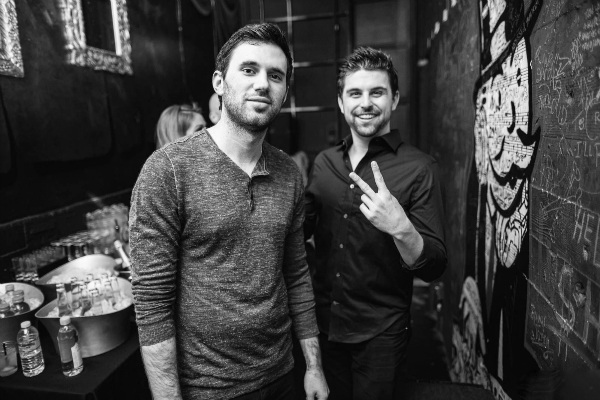 In upstate New York, the premier musical arts festival in the region, Lake George Music Festival is having a unique and innovative new concert series called Sounds of Our Time for first time ever collaboration with DJ and producer, Mako. The concert series will be held on Wednesday, August 24 at 8pm at Shepard Park Amphitheater.

Sounds of Our Time will highlight the connections between two different ends of the music spectrum that audiences normally wouldn’t see or hear together on the same stage.  For the first installment, the Lake George Music Festival Symphony Orchestra will collaborate with duo group Mako, one of the leading progressive and cinematic producers in the country, to highlight the connection between electronica and orchestral music, specifically minimalism.

The concert will open with the LGMF Symphony Orchestra performing Beethoven’s ‘Allegretto‘ from Symphony No. 7, Adams’ ‘Shaking and Trembling‘ from Shaker Loops, and Reich’s, ‘Eight Lines,’  which will be followed by a solo set from Mako playing original compositions.  The concert will culminate with a collaborative performance between Mako and the LGMF Symphony Orchestra performing original works by Mako that Roger Kalia will conduct.  Throughout the concert, there will be dialogue for their audience members to help them understand the distinct connection between the two genres of music being performed.  The Lake George Music Festival have also partnered with the Adirondack Winery and Brewery in order to make the concert more informal and relaxed.

Mako will perform a solo set of original music for one of the Late Night Concerts at Lake George Music Festival. Be sure to watch the video below and visit their website for more details. If you want to hear orchestra and electronica mesh, Wednesday, August 24 at 8pm at Shepard Park Amphitheater is your chance!