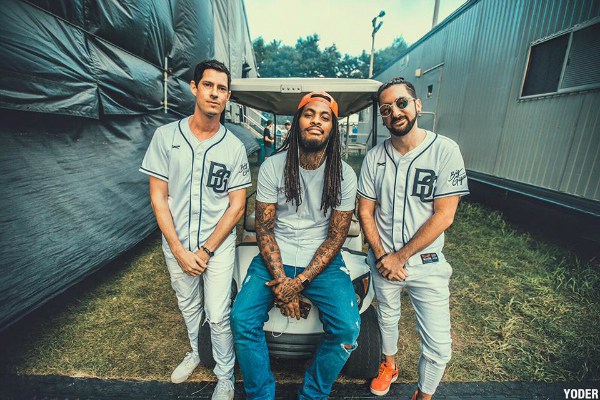 Big Gigantic have made a name for themselves as early trendsetters in live dance music, bringing their saxophone and drums on stage for a dynamic and uniquely energetic live show. “Brighter Future” marks the most personal album to date, Dominic Lalli (production / saxophone) and Jeremy Salken (drums) strived to promote positivity, love, acceptance and understanding with this release. In Dom’s own words:

A “Brighter Future.” These words vaulted themselves into my mind one day in a moment when I was feeling like I was unsure of myself, unsure of what exactly I was doing with my life and unsure about humanity and the volatile state of the world we live in today. As human beings, we all have low points in our lives where we question everything and are truly shown how shocking and just plain difficult the world can be. But at the same time, our high times wouldn’t be as extraordinary without the low times giving us a grand perspective on our lives and the world around us.

Stream ‘Got The Love’ Below:

6. Got The Love (Feat. Jennifer Hartswick)