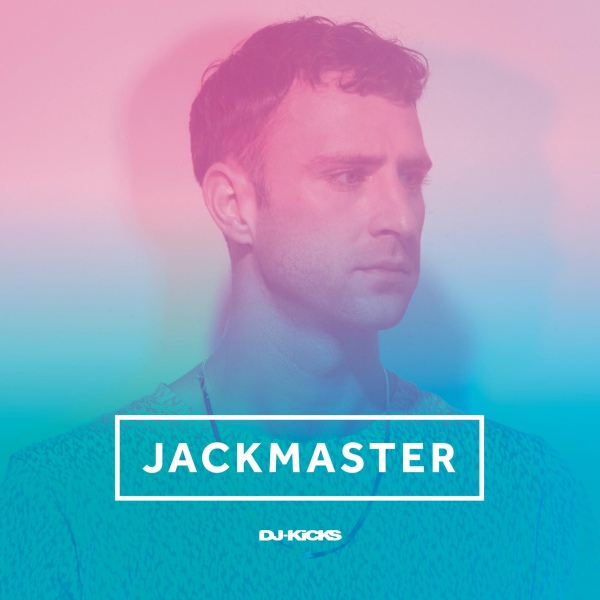 Jackmaster Mastermix Secret Garden Party – Jackmaster will be headlining The Drop Stage at on Saturday 23rd July as a special preview for his forthcoming MASTERMIX event series which launches this autumn, alongside Craig Richards, Laura Jones, Cinnaman, and a Secret Special Guest.

This Saturday night Glaswegian people’s champion, Jackmaster, will be curating and headlining the Saturday night Secret Garden’s outdoor electronic music stage as a special preview of his forthcoming MASTERMIX event series which is due to kick off at venues around Europe in October. Joining Jack on The Drop will be fabric resident and one of Jack’s favourite DJs, Craig Richards, Leeds-based techno stalwart, Laura Jones, and his old sparring partner from Trouw in Amsterdam, Cinnaman, plus a secret headliner who will revealed on the night. This will be the third year in a row that Jack has played The Drop. Two years ago he closed the stage on the Sunday night playing B2B for four hours with Optimo and Joy Orbison and last year he returned with Joy Orbison this time teaming up with Ben UFO for a three-hour late night set to commemorate the closing of Amsterdam’s Trouw nightclub alongside Tom Trago, William Kouam Djoko, and Boris Werner.

Jack Revill is a man with little time for bullshit. He comes from a place where there’s no room for big egos, and his DJing embodies this spirit. He’s the kind of guy who’ll smash club classics with Armand Van Helden, play Stirling on a Wednesday night, mix records with zero pretention and maximum energy, and take down your number for directions to the afterparty. – Resident Advisor, December 2015

Jackmaster has been obsessed with music ever since his early years working at the legendary record store Rubadub in his native Glasgow, a place he continues to cite as the source and starting point for his unmatched sound. A self-confessed super fan of Prince and dedicated collector of disco and funk gems and rarities, Revill was involved in collectives and labels like Dress 2 Sweat and Wireblock before founding Numbers with his friend Spencer. Since the very beginning his sets have been a object lesson in versatility and imagination; as can be seen on the now infamous mix series “Tweak-A-Holic,” his many contributions to websites, clubs, and benchmark music platforms (two Essential Mixes, Fact, Resident Advisor, Fabric) and, of course, countless sets at festivals around the world. No other DJ combines passion, knowledge, energy, honesty and humour better than Jackmaster.

Few events can boast that when they started out, with a gathering of 800 people at the bottom of the garden, 14 years later would see them hold onto the exact same independent outlook and philosophy (albeit with 20,000 more guests) as they had back then. From these humble beginnings in 2003, the Secret Garden Party‘s appeal has grown organically. Its ethos of fun, friendliness, creativity and participation making it so much more than just a festival. Inspired by the original spirit of Glastonbury and Burning Man the Secret Garden Party‘s founder, Head Gardener aka Fred Fellowes, has succeeded in placing his own particular and idiosyncratic stamp on this very special event, making it quite unlike anywhere else in existence.

This year’s theme, ‘The Gardener’s Guide to the Galaxy,’ explores the world of science fiction using the inspiration of Arthur C Clarke, Azimov, Philip K Dick, and Douglas Adams to take the party off to new destinations and dimensions. The Secret Garden Party‘s creative team of oddballs and eccentrics are on a comprehensive mission to create the most cosmic, inventive, fun-packed and immersive experience yet for participating ‘Gardeners.’ Think intergalactic mermaids, astronaut training, mind-bending installations, Dance-Offs, Space Safaris, Floating Dance-Floors, mass Paint Fights, plus an eclectic mix of music from Air, Caribou, DJ Shadow, and Maribou State through to breaking new artists and big name secret DJs.

Nestling at the base of a landscaped slope next to The Great Lake, The Drop is one of several stages championing electronic music at Secret Garden Party. What has grown from decks on the roof of a caravan nestling under a tree is now a huge kaleidoscopic LED portal making it one of the most iconic and instantly recognisable stages on the UK festival circuit.