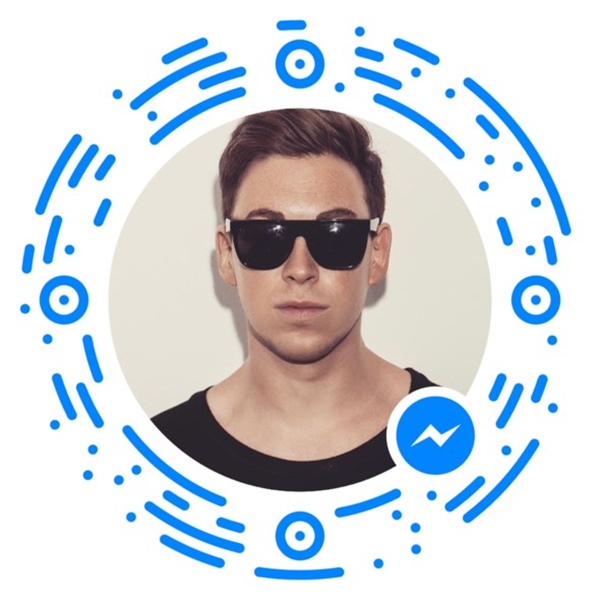 Hardwell becomes the first electronic music artist to create a fan-focused Bot for Facebook’s Messenger platform, opening up his audience reach to a potential 900 million users worldwide. Ever eager to provide his global fan base with a more inclusive and personal experience, the multi-award winning DJ has taken a big leap forward in generating an innovative access portal into his world, that will allow fans to interact with their favourite DJ in a variety of useful and playful ways.

Pairing up with creative agency We Make Awesome Sh (wemakeawesomesh.it), who’ve worked with over 40 international musicians and helped to launch 11 #1 albums and 6 #1 singles, Hardwell has created a unique way for his fans to have greater access to his world and through the Hardwell Facebook Messenger Bot fans will be able to engage with him in a pioneering way. he bot is hosted by LeaseWeb.

Offering a multitude of interactive avenues, the Hardwell Facebook Messenger Bot will allow fans a direct connection with the many facets of Hardwell’s life. For example, fans will be able to influence his globally popular radio show Hardwell On Air through a live and direct feed unlike ever before. The show, which broadcasts weekly to over 50 million listeners worldwide, will now connect with the Hardwell Facebook Bot during each broadcast allowing Hardwell the chance to follow, read and personally respond to fan feedback. From here fans will also have the chance to contribute towards the Hardwell On Air show by recording audio directly to broadcast as part of the ‘fan shout out of the week’ feature, as well as submit live votes on their Top 3 favourite HOA tracks all within the Hardwell Facebook Messenger Bot amongst other exclusive features.

Other in App engagement include the possibility to submit fan art direct to Hardwell, which will then be featured each week on Instagram and Twitter, receive exclusive giveaways, competitions and music updates before anyone else in the world even knows about them. And for those keen to be kept up to date with the latest Hardwell apparel, don’t worry, because the new Hardwell Messenger App has you covered! The merchandise store will shortly be treated to an upgrade and fans will soon be able to get their hands on the latest and greatest Hardwell Merch going. And there will be more functionality added in time as this living breathing bot will be delivering many more creative ways to interact with one of dance music’s biggest DJ’s.

In the meantime, if you just want to know where in the world Hardwell is right now, tell him what you thought of his latest Revealed Recordings release, ask him if he’s DJing in Ibiza or Las Vegas soon or even what his favourite Marvel superhero is, then fear not, the official Hardwell FB Messenger App will be your first port of call! From inside this official FB Messenger Bot, Hardwell will be able to keep track of what you’re asking, browse your input and take notice of all of your comments and feedback. So whether he’s on the road, in the studio, chilling at home or broadcasting live from his radio show or behind the decks at the world’s biggest parties, Hardwell will only be a few clicks away.