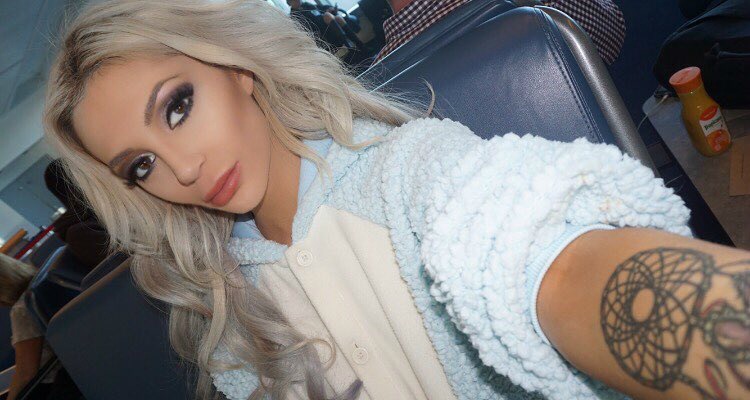 DJ and producer, Caroline Burt, has released her first full length album, titled “One Hundred.” As a producer with style, mixing skills, musical college education, and time to overshadow one of EDM’s biggest influences, Caroline is bound to continue rising.

Caroline Burt, has been Djing for five years now after she grew a liking to the art form after working production for the world renowned DJ and producer, Skrillex. She then decided she didn’t want to be behind the scenes anymore, and taught herself. Not only is Caroline a DJ, but she is also a music producer. She decided to attend Musicins Institute for Audio Engineering and Music Business so that she could learn how to create her own music, and also market herself in the best way possible. Before her “One Hundred” album release, she released two singles, ‘For The Weekend‘ and ‘NFBA,’ on her Soundcloud, as well as many DJ sets she has mixed and created.

“One Hundred” features six tracks, all reflecting different genres. From the swanky chilled out trap that is ‘Keep It One Hundred – featuring rapper and vocalist, Whitney Peyton,’ to the intense dubstep tune, ‘Blonde Braid Renegade,’ Caroline Burt covers some of the best basis’ of EDM. Be sure to check out this album and show your support for this well established, rising DJ and producer, Caroline Burt.