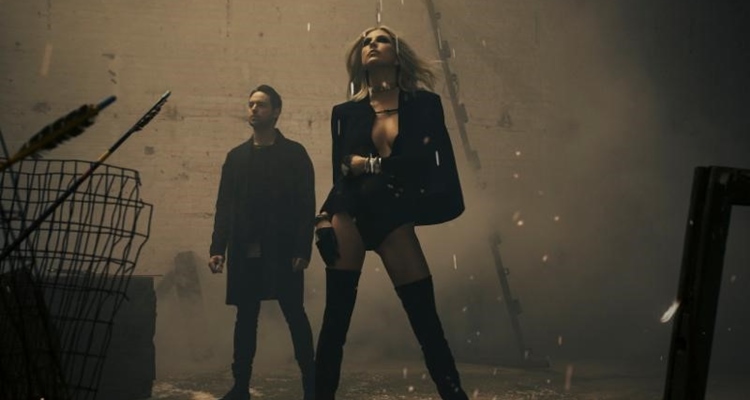 Phantogram, the critically acclaimed sonic duo comprised of Sarah Barthel and Josh Carter, today announce their third studio LP, Three, to be released September 16th on Republic Records! After teasing their new single, “You Don’t Get Me High Anymore” last month, today it comes offered as an Instant Grat download with album pre-order.  The song premiered yesterday with Zane Lowe on Beats 1 Radio and the band did their first interview with Pitchfork talking on their inspiration behind the track (Read  HERE.) The band will also be performing “You Don’t Get Me High Anymore” tonight on NBC’s The Tonight Show Starring Jimmy Fallon (11:30/10:30c).

Listen to “You Don’t Get Me High Anymore” HERE!

Since the release of their 2014 album Voices, Phantogram have trekked across the globe playing live shows and festival dates, contributed features to everyone from A-Trak to Miley Cyrus and been sampled by Kanye West, The Game and A$AP Rocky, as well as releasing their debut BIG GRAMS LP with good friend and musical partner in crime, Big Boi of Outkast. The New York bred duo made writing stops at home and in Atlanta before picking back up in Los Angeles to record Three. Carter and Barthel shared duties on production and vocals, melding elements of rock, pop, hip-hop and electronic. The resulting sound leans darker and more psychedelic yet with some of the brightest and most introspective pop melodies they’ve delivered to date, truly making them genre-defying artists for the 21st century.

In support of their new album, Phantogram will be touring across the United States and Canada this fall, kicking off in Las Vegas on September 29th and winding their way across both coasts through November 5th .Tickets for select Phantogram dates will be bundled with a digital preorder of Three. See full tour itinerary below.

Listen to a new exclusive mixtape created by Phantogram of some of the band’s favorite songs now on Pandora and learn about an exclusive pre-sale launching on June 22nd at 10AM local time pdora.co/phantogrammixtape

Check back at www.phantogram.com for videos, remixes and more announcements coming soon!

LISTEN TO “YOU DON’T GET ME HIGH ANYMORE”

You Don’t Get Me High Anymore