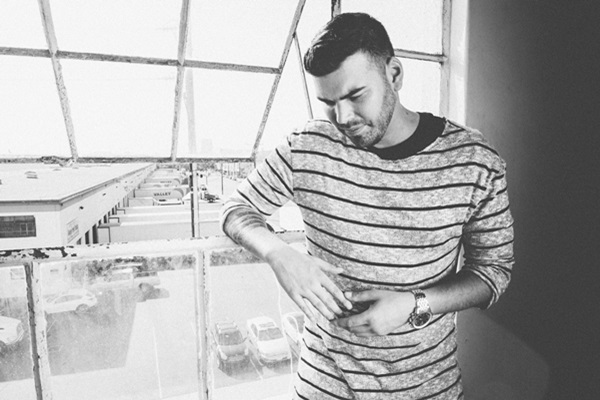 Since 2012, Amsterdam artist, MOTi, has been producing electronic dance music and performing as a DJ. He got his start collaborating with Dutch producer, Quintino, in 2012 on singles, ‘Circuits‘ and ‘Kinky Denise.’ From this point on, he worked with artist, Tiësto, on their with their release of ‘Back to the Acid,’ which not only became a hit in 2013, but also lead him to release additional releases through Spinnin’ Records and Bingo Players’ Hysteria Records. Since then, he has signed with Tiësto‘s Red Light Management, performed at various festivals such as Ultra Music Festival and Tomorrowland, and has released many singles, some with artists, Tiësto and Martin Garrix.

MOTi has just released his new hit single, ‘Turn Me Up,’ a week ago. This is a progressive house track with beautiful, captivating vocals and an invigorating beat with an upbeat tempo that will make just about any listener want to get up and dance. To give listeners and readers a chance to gain further insight into production of ‘Turn Me Up‘ and learn more about MOTi, we had a chance to get one on one today with the man himself, in this exclusive interview.

Hey MOTi, you’ve been releasing music for over three years and you got your start in Amsterdam with Tiësto’s Red Light Management, how long have producing and what was your earlier career making electronic dance music like in Amsterdam?

I started about 10 years ago. I used to do a study in fashion and was an intern at a clothing store. One of my colleagues there was a DJ and he was selling his turn tables. I bought them and that’s basically how it all started. A few years later I started producing and this led to me signing with a management agency.

As a producer, you have been producing a variety of house genres, such as electro house, progressive house, acoustic house, and more. In your eyes, how has the electronic dance music scene changed, relative to house music, around you?

Every 6 months or so I get quite bored with what’s happening with music. Someone comes up with a new track and everyone copies it until something else comes along. When I start getting bored with all the music I hear it actually gives me extra motivation and inspiration. That’s when I feel an extra drive to create something new, sound wise. I sometimes end up using influences from older tracks and create something new with it.

In my DJ sets I play a lot of big room, progressive EDM stuff which are mostly my own tracks and collabs I have done. I want to focus on creating songs I can play in the club or festivals but you would also listen to on your phone.

I’m a huge fan of Kygo, that’s the kind of music I can really enjoy and relax when I listen to it.

MOTi, you’ve gotten a chance to work with iconic house and techno producer and DJ, Tiësto. How are doing collaborations with him and performing with him like?

Tiesto has been my biggest inspiration from the beginning on. He was the person that decided to sign me and my career went uphill from there. Working with him is great because I can learn so much from him by just listening!

Your latest release, ‘Turn Me Up,’ is an enjoyable and invigorating progressive house tune with beautiful vocals from Nabiha and intense keyboard and bass. How was it like working with Nabiha and what were your influences and the creative process you had designing this latest summer hit?

It was great working with Nabiha! I want to work with a lot more singer/songwriters. There are so many talented people out there and it would be a shame if I only focus on instrumental club tracks. I wanted to create a feel good summer song and I am pretty pleased with the end result!

Since ‘Turn Me Up’ is seven days fresh, do you have any plans for future tracks, extended plays, or an album?

Actually today my remix for Galantis – No Money came out, but my main focus right now is on producing new tracks so I will be locking myself up in the studio! E3

Do you plan on experimenting with any other house sounds or other genres in future productions?

Lastly MOTi, what is the road ahead for you in terms of concerts, festivals, record labels, etc.?

Like I said, I want to focus more on producing new tracks and work twice as hard. So in the upcoming months I will be in the studio a lot, but I also have some really cool gigs coming up!