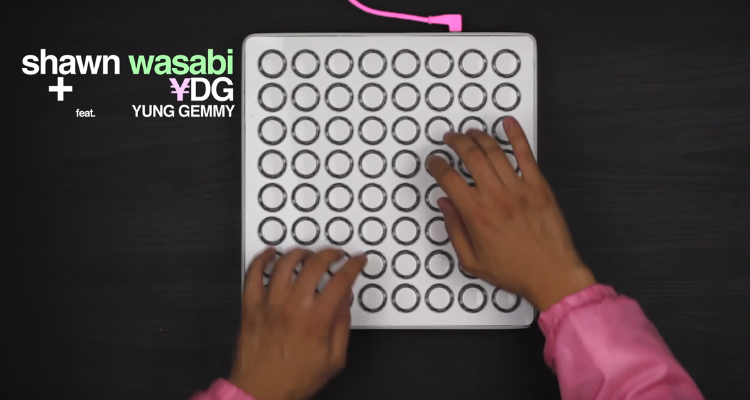 Coming out on December 4th and already at over 2.4 million views in just a few short months it seems that Shawn Wasabi armed with his one of a kind 64 pad DJ Techtools Midi Fighter has done it again. Leading off his massive success with his last youtube release titled ‘Marble Soda’ (https://www.youtube.com/watch?v=qAeybdD5UoQ) which earned over 5 million plays on youtube alone. This track shows off more of his original production style in collaboration with both YDG and YUNG GEMMY unlike what he did in ‘Marble Soda’ where it was a incredible mashup of over 153 songs.
This new video is definitely a must watch and has a heavy trap vibe to it but with the playful light vibe that Shawn Wasabi is known for. You can check out the video on Youtube here: