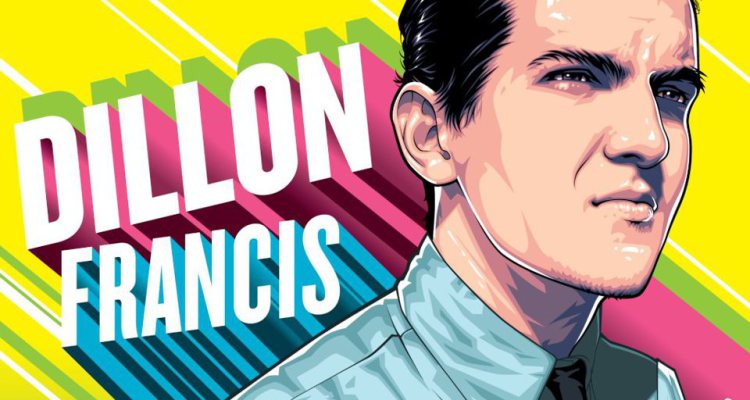 Dillon Francis is really killing it right now, with his latest Moombahton EP ‘This Mixtape is Fire’ which went available everywhere August 28th, and his album releasing late last year, Dillon is on a roll. Without letting the hype settle, he has revealed his remix for the French sensation Madeon. Madeon released his well received album ‘Adventure’ in March this year to fans and now its time for the remixes. I doubt Dillon Francis will be alone in doing official remixes for ‘Adventure’.

Dillon has remixed the track that Madeon gave out for free prior to the album release, it’s ‘Imperium’ which was also featured in the Fifa 15 soundtrack. Dillon Francis has put Moombahton styled techniques on Madeon’s electro filled record. It keeps the memorising lead and build from the original but drops into a combination of Dillon Francis’ Moombahton sounds and sounds from the original. This remix hits you hard sitting at home with your headphones, imagine experiencing this at a club of festival, it would definitely get the crowd going.

You can listen to Dillon Francis remix of Madeon’s awesome track ‘Imperium’ embed below.