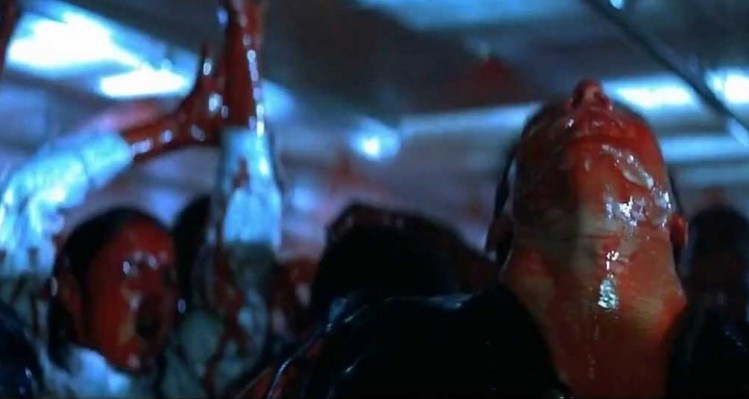 Nope, this is not a joke, and in some ways I wish it were a joke. According to NL Times, Amsterdam will host the first ever “Blood Rave” on Halloween night, a dance party where organizers plan to spray over 5 thousand liters- or about 1,300 gallons, of what they hope to have real blood. Yes, they plan to spray real blood. On people.

Okay, so let’s take a step back here. the idea for this Blood Rave came about from the 1998 film “Blade,” a vampire movie where the opening features people dancing in a club, as human blood begins raining from sprinklers up above. NL Times elaborates more on the ideas of the organizers.

The organizers want to use the same elements to recreate this scene. “In real life it is just more extreme.” one said to the newspaper. In terms of attendees, they expect somewhat “freaky” people in terms of personality…The organizers want to host a Halloween event that if focused less on pumpkins and kids and is “rawer and more exciting”.

Their method of dowsing their crowd with blood is apparently a system of sprinklers and pipes, which they’ve already tested with fake blood, but of course the real field test comes halloween night, where they plan to push the borders of all that is holy and “see how far [they] can go.” Of course, as to be expected, the organizers of this part are completely anonymous, yet  if you truly, for some god-awful reason, want to know more about this blood rave, you can check out their event page here.