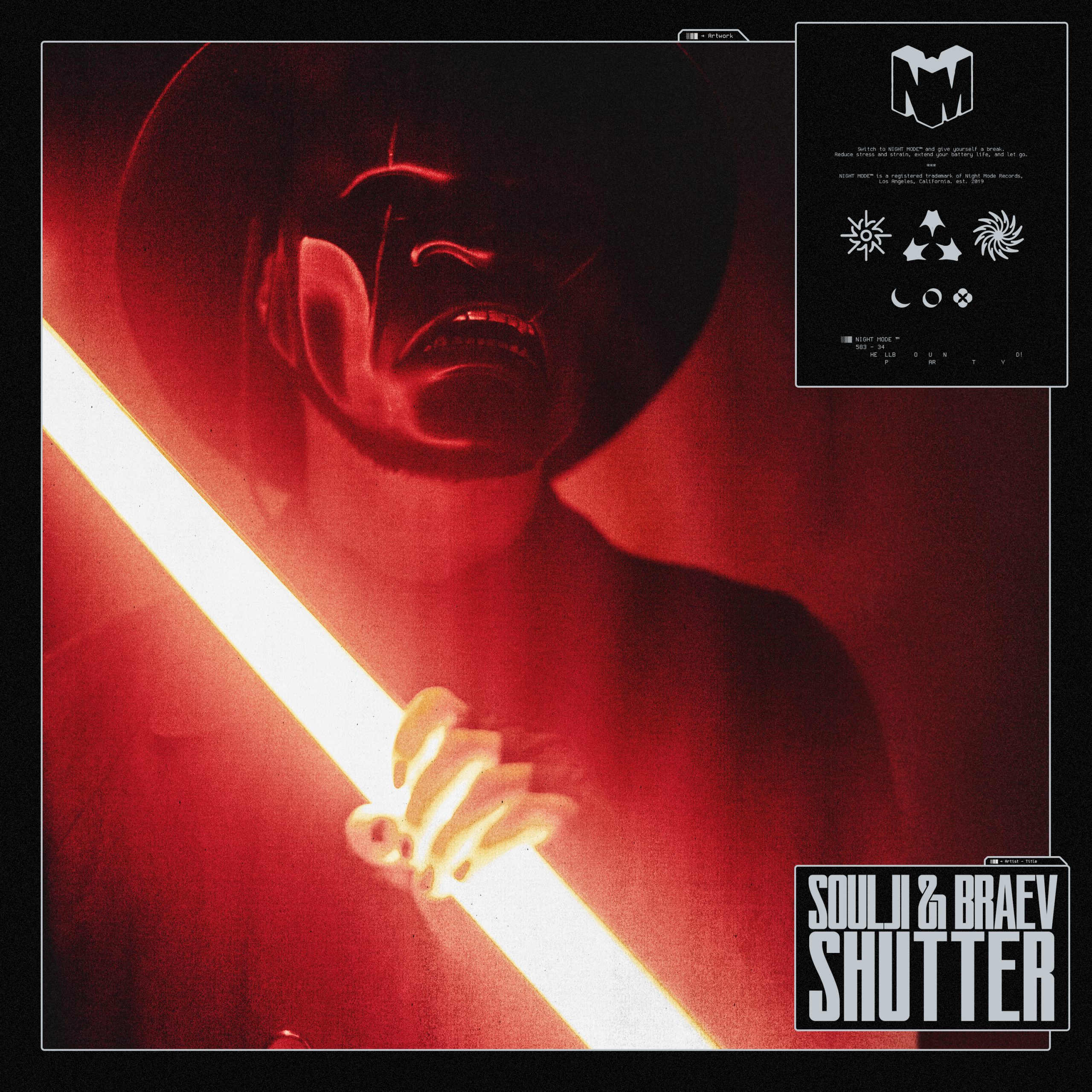 Soulji seeks vengeance alongside Braev on their new collab “Shutter,” a vindictive house single sourced from the sixth season of releases on NIGHTMODE.

Concealed by a curtain of anonymity, the mysterious dweller of darkness has made a name for himself after an arrival on the house music scene that could be described as anything but stealthy. He incited a flash of panic back in 2018, upon the release of his aptly titled ‘Black Mask’ EP. It was a fiendishly sinister six-track effort elucidating the murky and inescapable grooves that would consequently help paint an opaque picture of his secret identity. He kept his face hidden despite the roaring flames of intrigue established by said release, maintaining a low profile until pouncing from the shadows last year with his nightmarish bassline ripper “Say My Name.” Tactically plotting his next attack to align with the horror-filled holiday, Soulji strikes again with his debut appearance on NIGHTMODE.

“Shutter” is a crimson-colored creation penned about “betrayal and brutal revenge.” Braev—the highly sought-after singer-songwriter who has been tapped by Yotto, Miles Away, N3WPORT and more—joins him on the hunt for justice. Wielding their own set of razor-sharp skills, the pair perfectly complement one another as they take matters into their own hands. Braev’s hushed tones fill the air with an unsettling tension, while he outlines the soon-to-be crime scene with his haunting falsetto. Owning his own end of the bargain, Soulji introduces ominous harp motifs and foreboding pads to set the mood of the blood bath to be had. Soon enough, the premeditated plan is carried out with meticulous care as the slash of gritty basslines, pounding percussion, crisp hats, and piercing synth growls culminate into a murderous bounce of the first degree. At the end of it all, Soulji and Braev walk away with the comfort of knowing no one would ever dare cross this double threat because their life could very well depend on it.

“This is made for you and only for you. I’ll see you very soon. So don’t look behind you.”–Soulji