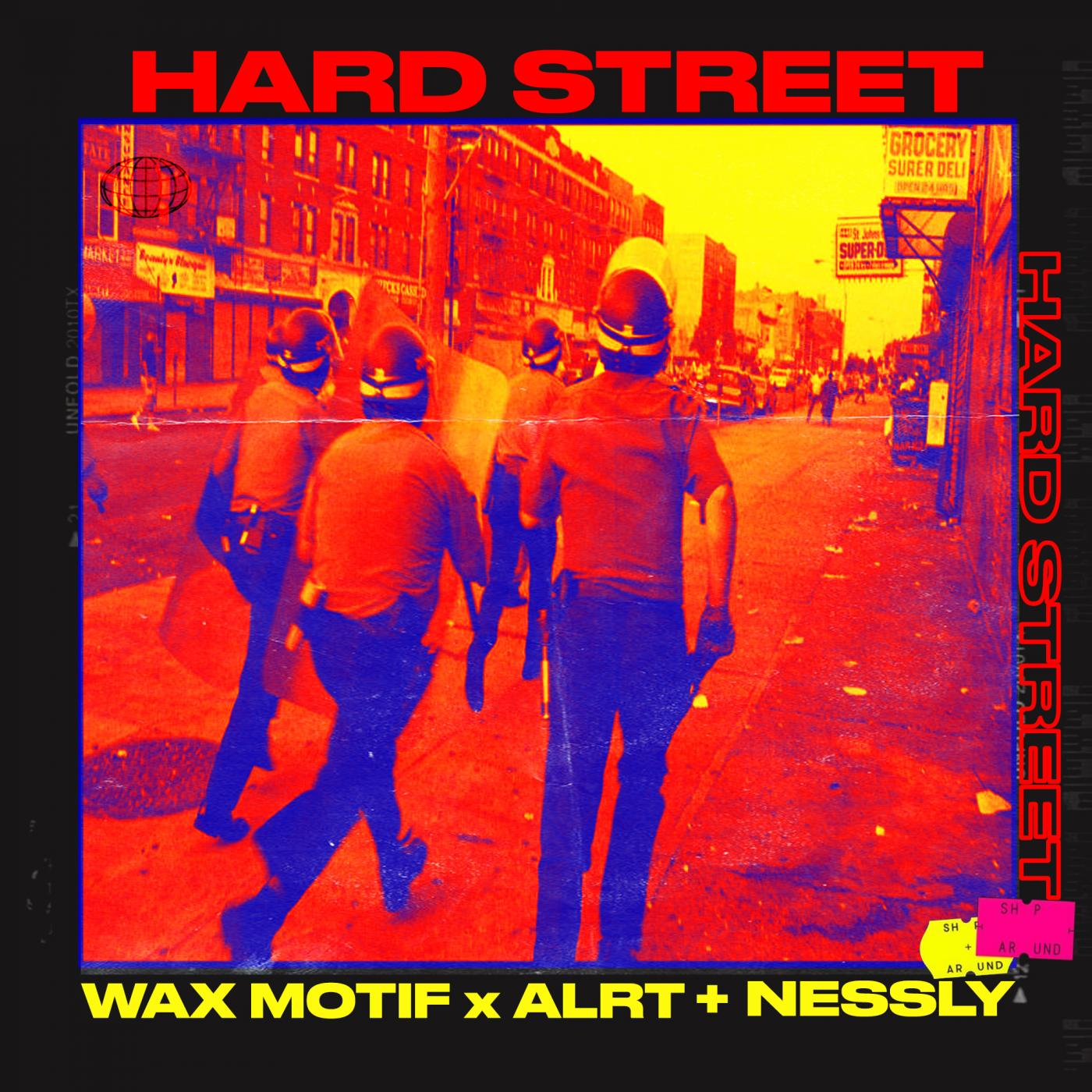 Wax Motif is about to put you up on game with his trap-infused house anthem, “Hard Street,” a triple threat collab alongside ALRT and Nessly.

Back with another certified weapon from his highly anticipated album, the Divided Souls head honcho is mobbing deep on the long-awaited title track. A three-way junction between the extremely versatile rave sensation ALRT and Atlanta’s homebred rapper Nessly, “Hard Street” meets at the intersection where the worlds of hip-hop and house converge. Sitting neatly between speed house and trap, the cross-pollinated cut has already racked up some serious mileage as a not-so-secret ID in both producers’ sets in the past year. On it, Nessly spits facts about the lavish, albeit precarious, lifestyle spent operating outside of the law. His flashy streetwise flows hit different than the stereotypical rap monologue, taking the ubiquitous 808 lean to a whole new level with the help of a high-octane drive that only house can provide. Suspenseful orchestral strings and rubber-burning basslines carry the bulk of the track on their back, swerving around autotuned adlibs and a gang of sample fills to keep the intensity firing on all cylinders. With “Hard Street,” Wax Motif, ALRT and Nessly provide a literal interpretation of the term “trap house,” and we are here for it.

The Israeli-born, L.A-based producer ALRT has established himself as a sounding board for old-school influences funneled through his modern-day methodology. His ability to transcend genres with tremendous ease has been an unmistakable attribute of his ongoing ‘NRG’ EP series, which debuted on Kayzo’s Welcome Records imprint in 2020 before swinging over to Zeds Dead’s Deadbeats label for the second installment. Hopping back and forth between hard dance, dubstep, trap, and throwback rave elements is what makes him such a constant surprise in the studio, and an unpredictable threat behind the decks.

Nessly is to be considered a kindred spirit in the sense that he too has adopted a similar philosophy for his own artistry in the hip-hop world. Always looking for new ways to reinvent himself, the self-taught musician from ATL has been making music for nearly half his life. His profile originally blew up on the strength of his impressive SoundCloud presence, with his ear-grabbing hooks and mastery over autotune blossoming into a multi-pseudonym career that has seen him juggle two other projects, Solo Boy Band and Still Finessin.

In case the theme wasn’t already obvious by now, Wax Motif has carried his own weight as a shapeshifting producer. Currently holding it down in the City of Angeles, the Aussie transplant is always at the ready to cull from his eclectic preferences for bassline, rap, disco, house, R&B and beyond. Some of those sonic inspirations have already taken shape in the breadcrumb of tracks he’s been leaving in the lead up to his album, from the fast-paced lifestyle he touched upon via the Jaxon Rose-assisted “Thrills” to the festival-filler “Need You” alongside the bass house hounds Phlegmatic Dogs.

With these three formidable forces sharing a starving appetite for change and self-improvement, “Hard Street” was destined to be a windy road that no other combination of artists could come close to crossing. Serving up the titular offering from his album, Wax has officially set the pace for the rest of the album, so now it’s on you to try and keep up.