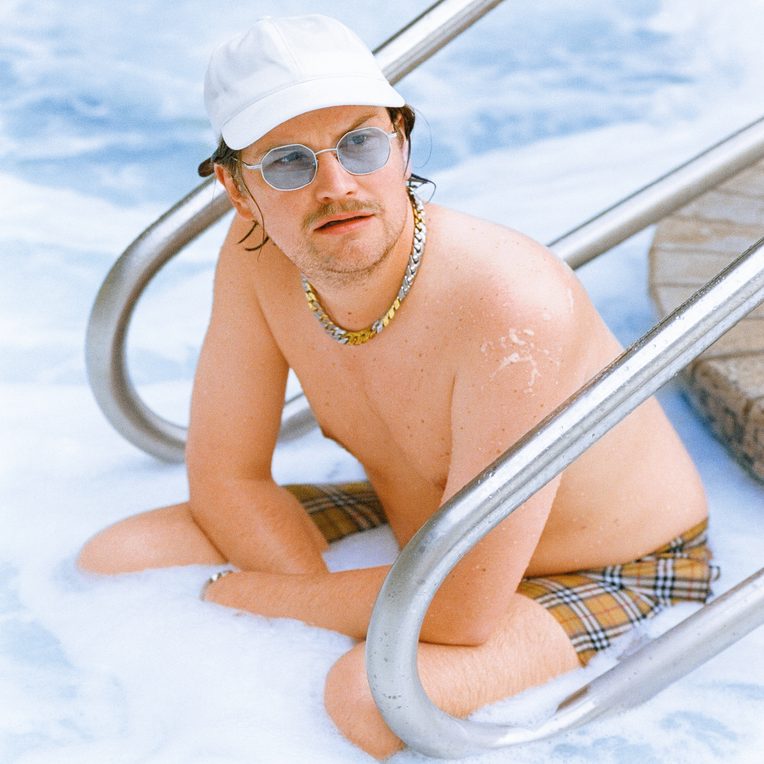 Myd has always assumed the role of affable underdog and it should be no surprise his debut album embraces his status as a lovable loser. After more than a decade in the scene, the Lille-bred producer perfects his solo sound on Born A Loser, a 14-track LP released on the iconic French label Ed Banger Records. Indie electro grit meets infectious pop hooks, wrapped in a languid passion that brings depth to each peculiar note. It’s a little bit folksy with a French touch soul, all fed through Myd’s surreal filter.

Introduced to fans as a member of electronic band Club Cheval, Myd learned through tireless work and experimentation. It was a passionate environment upon which to build a foundation, yet there are always concessions and compromises involved with pleasing a group. After co-producing Brodinski’salbum Brava and making beats for a host of rappers, Myd now stands on his own, unabashedly showcasing his eccentric flair, even singing on his own tracks for the first time. In that sense, Born A Loser very much marks a coming of age.

Myd made a few collaborative picks on the album. The title track takes its name and spirit from its sample of Bobby Lee’s 1966 song “I Was Born A Loser.” Funky bass lines blur in dizzying loops until its climax. Argentinian guitarist Juan Wuaters adds an intimate moment on “Forbidden.” The organic melodies crackle in shades of burnt orange, as if the listener sat huddled around a vintage radio. Bakar’s feature, too, flows humid and slow over disco and bird calls. Influenced by the genreless appeal of bands like Metronomy and Django Django, Myd masterfully blends electronica with acoustic elements of indie and psych rock across the album’s 14 tracks.

The music videos for the singles capture Myd’s delightful irreverence: from the absurdist critique of influencer culture in Together We Stand, to his inkling for fun over hardwork in the animated Moving Men video with Mac DeMarco, to a doppelganger attack in the title track Born A Loser, and finally the deadpan defiance of a field recording producer willing to risk it all in Let You Speak.

At times, Born A Loser is fun and flirty, other times thoughtful, dreamy and warm with intergalactic fuzz. It’s an intimate record dripping with synth-heavy shine, and in its weathered corners and rich textures, lies the autobiography of Myd – at least in this moment.

“For me, the album is ending a chapter more than opening a new one. I see inspiration like a lung. Sometimes you are inhaling, and you need to take inspiration and wisdom from lots of people. Then you have other times when you need to produce a lot. To create this album, I was by myself creating. I think the next chapter will be working with other people and sharing what I did.”