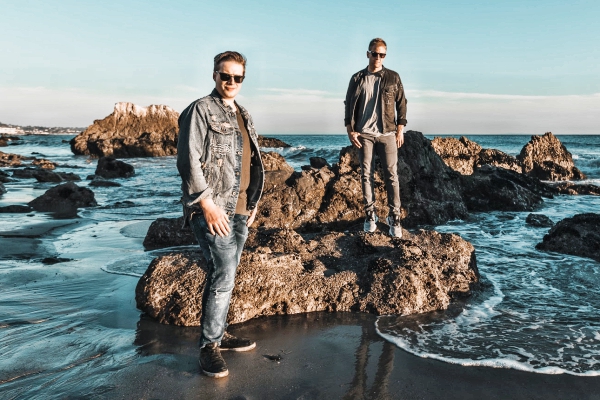 Since 2011, power duo Tritonal has continuously challenged the boundaries and sounds of the electronic genre. Nearly a decade later, they continue to create astounding progressive and upbeat singles that guarantee to make a lasting impression with audiences. After their single “Happy Where We Are” was released in 2020 to rave reviews from listeners, the Texas duo decided to take another approach and reinvent the song with an acoustic form.

Vocalist Dylan Matthew effortlessly shines all throughout this remix. Matthews has been lending his voice to dozens of tracks since 2017, adding this one to his ever growing impressive catalog. He is a master of performing acoustic, which led to this decision to use him in the original and with this new approach. Another artist elevating this song is Au5, who lends his talents to the remix too. The inclusion of Au5 and his delicate skills clearly shine through in this portrayal, making everyone who listens fall in love.