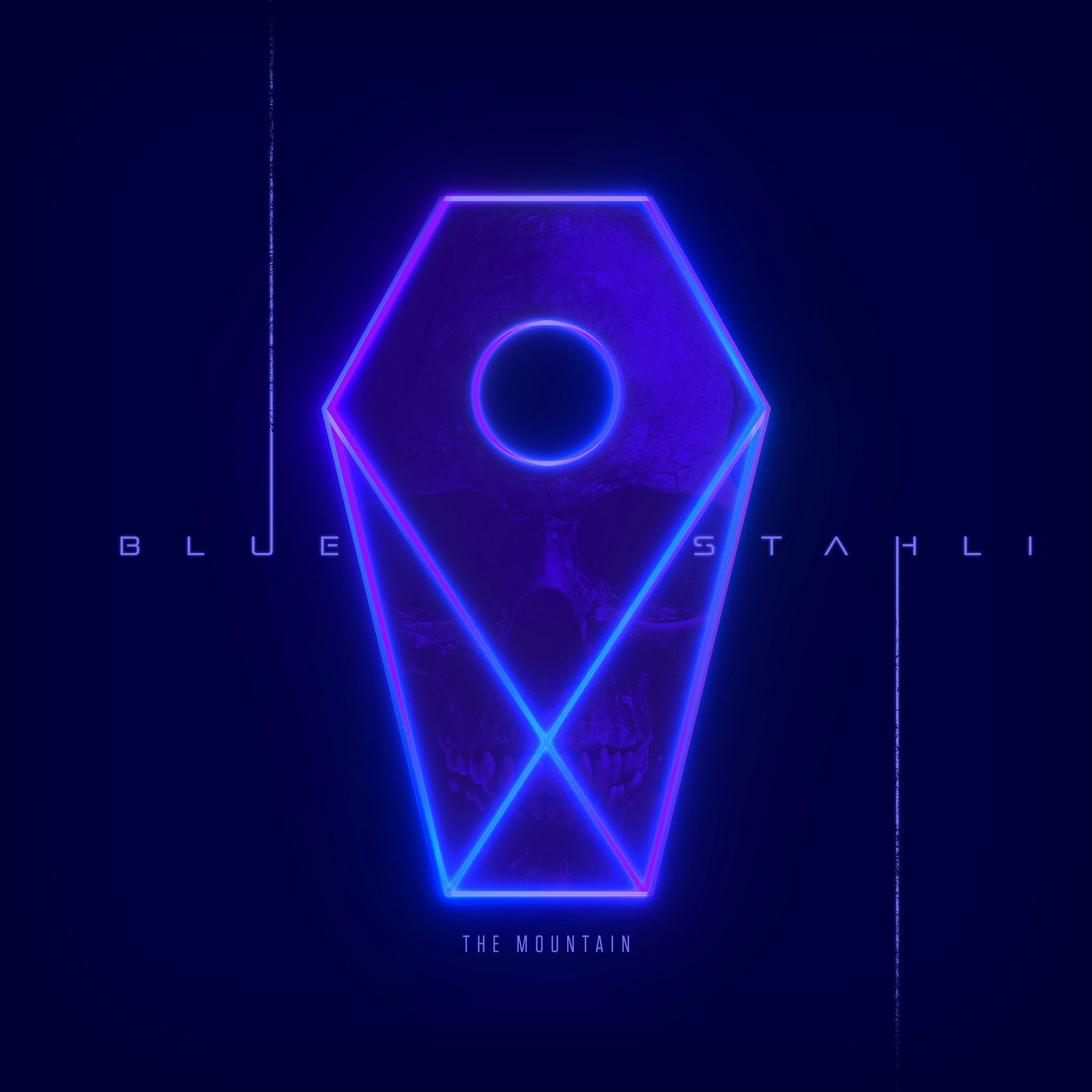 Regarded for his slick, genre-bending electronic rock, Bret Autrey – commonly known as Blue Stahli – produces cyberpunk anthems of the fringe zeitgeist.  Available now is his newest single “The Mountain” which will appear on his new album Obsidian due out January 15, 2021. Today (December 22), the track’s video makes its premiere via MXDWN. “The Mountain”—which follows previously released single “Prognosis”— was written when Autrey was caring for his mother (who was diagnosed with glioblastoma), and it is the shining beacon of the album and the beginning of the process for shaking out all of the emotion of the deadchannel_Trilogy. “The Mountain” combines both dread and hope, it is a slow and torturous climb, effortlessly told with an infectious melody.

“You’re in the middle of taking care of the emotions of that but also the incredible weight of trying to get someone through what is likely to be their last few months, and hopefully you can extend it,” says Blue Stahli. “Trying to juggle all these things from doctors to specialists and facilities, that gives any quality of life especially when it’s a parent and you know it’s only going to get worse and worse until it’s finally terminal. There was never a time to have any moment of reprieve. My one time in the waiting room was when my mom was in a physical therapy session so I would pull out my laptop and I was working on lyrics or music for “The Mountain”. Most of the lyrics for these other songs were written after she had passed and we were in the middle of dealing with the incredible avalanche of things you have to deal with for end of life stuff. Like you’re right there at ground zero, it was like I didn’t know when I would be able to put these out or what kind of timeline that would be but I knew I had to get it out”.

The accompanying music video for “The Mountain” crackles on the screen, with fluttering, often fuzzy visuals of Bret as the song scales to new heights. Erratic cuts and shapes in faint filters of yellow, green and blue shimmer, depicting perhaps the depths experienced by the mind, body and soul during a loss of life. Green interconnected cells or what could be described as a massive network churn and undulate, blue, the physical embodiment and the toll taken on the body and finally flickering yellow light fixtures that later reveal a painting of a sole mountain amidst a murky fog. It remains the lasting memory of the entire nightmare, later fading to black.

Fans will find Blue Stahli returning to his tracking roots on Obsidian, the third of the deadchannel_Trilogy following Quartz (released on October 2) and Copper  (November 13).  Using modern tracker Renoise to craft the newest iteration of the Blue Stahli sound, his latest music is a window into his journey through being his mother’s caretaker as she battled malignant brain cancer and mourning the loss of his biggest champion after she passed away in 2018 while additionally reconnecting with his family origins after the loss of a major cornerstone.