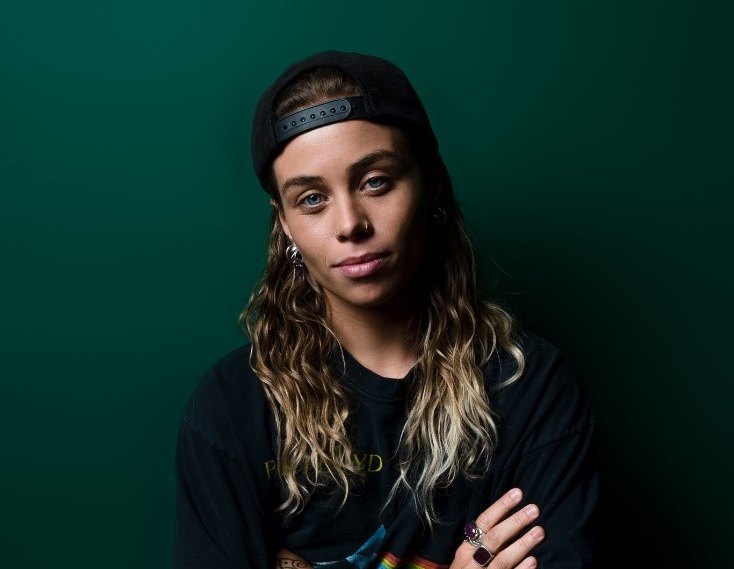 To coincide with the release of TASH SULTANA’s next single “Beyond The Pine” from their forthcoming album TERRA FIRMA, the multi-instrumentalist and global sensation debuted the track today (Thursday, September 10) on “The Late Show With Stephen Colbert”‘s Play At Home Series. The dreamy tune (available now on Mom + Pop Music) sees TASH team up again to co-write with Matt Corby and Dann Hume at their studio in Melbourne.

“A little bit of a slower softer approach to a message from within, ‘Beyond The Pine’ is about finding solace in nature and realizing the depth of your relationship when you find your one. Love is yours no matter the color, race, gender, religion, sexuality or identity.” -TASH

2020 has seen TASH creatively at her best–releasing new music while working on their sophomore album in their Melbourne hometown. So far, tastes of what is to come from TERRA FIRMA have been “Pretty Lady” and “Greed,” both co-written with TASH, Matt Corby & Dann Hume in TASH’s studio in Melbourne. TASH also recently covered and released “Through The Valley”–the iconic track from one of the biggest gaming title launches of the year, PlayStation®4 exclusive The Last of Us™ Part II, to much acclaim from fans and media around the world.

For an artist that only released their debut album two years ago, TASH, who identifies as non-binary and prefers they/them pronouns, is not showing any signs of slowing things down. With over one billion total worldwide streams, 500,000 tickets sold globally including a sold-out Red Rocks Amphitheater, performing stand-out sets at Coachella, Lollapalooza, Governer’s Ball, Bonnaroo, Austin City Limits and more, TASH has also made their U.S. debut TV performance on “Late Night with Seth Meyers.”

In Australia, TASH’s debut album FLOW STATE was nominated for six ARIA Awards including winning the ARIA for Blues and Roots Album Of The Year, they undertook a massive sold-out Australia headline tour with over 70,000 tickets around the country, while “Jungle” and “Notion” are ARIA accredited 2x Platinum, while “Mystik,” “Murder to the Mind” and the NOTION EP are all ARIA-accredited gold.