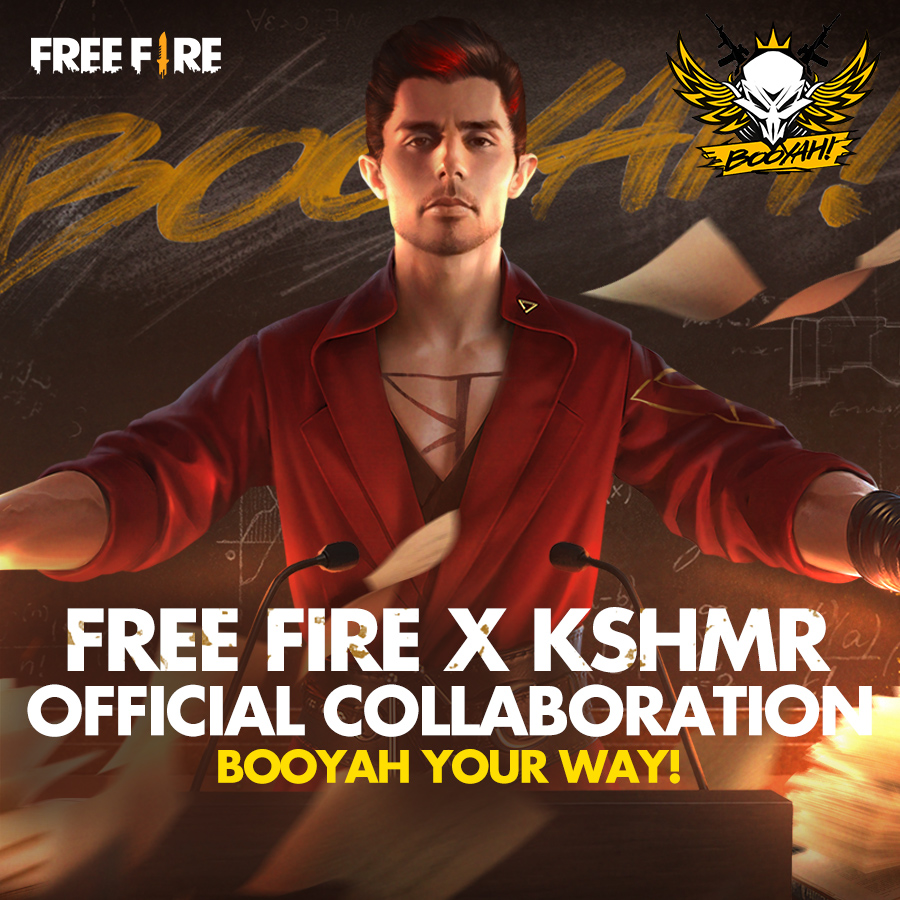 Garena has unveiled music producer and DJ Niles Hollowell-Dhar – who is better known by his stage name KSHMR – as Free Fire’s latest brand ambassador. Signed to Warner Music Group’s iconic Dance label Spinnin’ Records, KSHMR is renowned for his innovative and pioneering approach to producing. The partnership unites the world’s most popular battle royale mobile game with one of the world’s most famous DJs, and continues Garena’s rollout of exciting new content for players.

The collaboration will see KSHMR feature in Free Fire as an all-new playable character – called K, with the nickname Captain Booyah – and release a specially produced song and music video. The song plays heavily on KSHMR’s signature vocal-driven production style, and delivers the same energy as users get from playing Free Fire. “The song I wrote for this collaboration is meant to inspire people all over the world; to keep fighting regardless of the challenges they’re facing”, said KSHMR, who is collaborating with a mobile game for the first time. “Free Fire delivers this same energy and inspiration, and I’m excited to be working on this with them.”

The tie-up with KSHMR extends Free Fire’s strategy of engaging its community of users globally through their areas of interest outside of the game. Passionate about localised story-telling at his live shows, KSHMR has captured a global audience, resulting in a great synergy and alignment with Free Fire’s key markets.