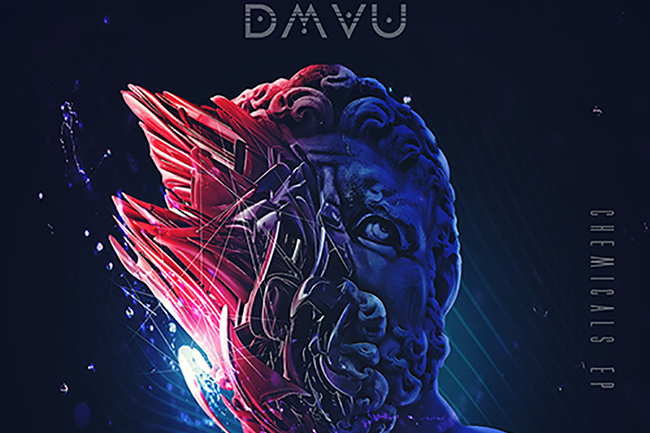 Bringing us some of his strongest work to date is the States based producer and DMVU, who makes another appearance on WAKAAN (created by none other than Liquid Stranger). With the same title as his July single is the Chemicals EP, which features the title track plus a total of six other new beats.

Showing off an array of punchy drops, warped and twisted melodies and rattling synth trails, it’s clear to see DMVU has really developed his sound over the past year. Explaining its creation, he said:

“When I was writing these tracks, I had been in a creative rut for a while. I had just got off a tour with Dirt Monkey and kind of felt like all my energy had been depleted. I knew I wanted to write something heavy and glitchy but I just wasn’t really able to get into the swing of things.

One day I just kind of started sampling obscure things, like fax machines, telephones, dolphins (lol) and doing a lot of crazy processing on all of it. All of a sudden I had an amalgamation of sounds that just seemed kind of over-the-top. After some fine-tuning I started putting them over these really slow drums I had been making and low and behold, the “Chemicals” EP came into fruition. I got to test them all on the tour I did after that and people were very receptive. I’m glad some distorted 808s and seal noises get the kids as hype as I get.”

Hit play on them now!