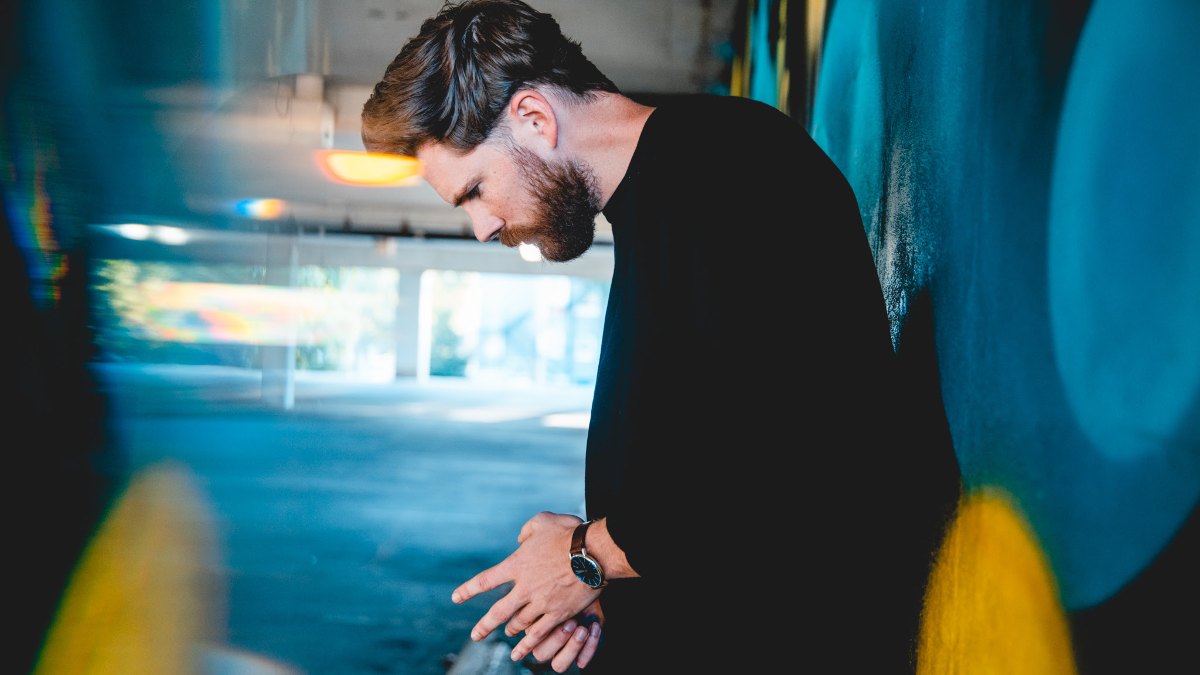 Raised in a small town in Virginia’s Shenandoah Valley, and, later, western North Carolina, Mokita — born John-Luke Carter — took to music at a young age, beginning 13 years of classical piano lessons at age six, before picking up the guitar and trying his hand at songwriting as a teen. Relocating to Nashville after college, John-Luke took on the Mokita moniker, a name adopted from Kivila, a language native to Papua New Guinea. The word Mokita roughly translates to “the truth we all know but don’t talk about,” and it’s that sentiment that has always informed Carter’s approach to songwriting, exploring themes like depression, anxiety, the joy and stress and uncertainty of budding and fading relationships, and other personal themes, all in ways we all too often feel but rarely so truthfully articulate.

Now, Mokita has released his new single, “Down.” Unrelentingly honest and deeply personal, Mokita approaches songwriting as a confessional form of expression, often tackling the sincerest of subjects with thoughtful clarity. “Down” is a love letter to anyone who is struggling right now, whether it be due to causes outside of one’s control or not. Beginning with a somber piano introduction, “Down” surges into a meditative, downtempo pop number that’s guided by poignant yet hopeful lyricism. It sweeps the listener on an emotional journey and helps ground us, reminding everyone that things will be okay. The single accompanies an official music video, which you can stream below.

“I’ve had some really rough seasons in my life where my depression was just so bad and I didn’t feel like I was ever going climb out of it, but through those times I’ve had some close friends who have walked with me through those seasons; who have encouraged me and just been present. I think the theme of this song was really just a letter to those friends who are going through those things, and to anyone who is having a hard time. Everybody needs a friend to walk with them through the hard seasons and sometimes just being present, being available to listen, and being faithful, is the best way to love someone through those times.” -Mokita