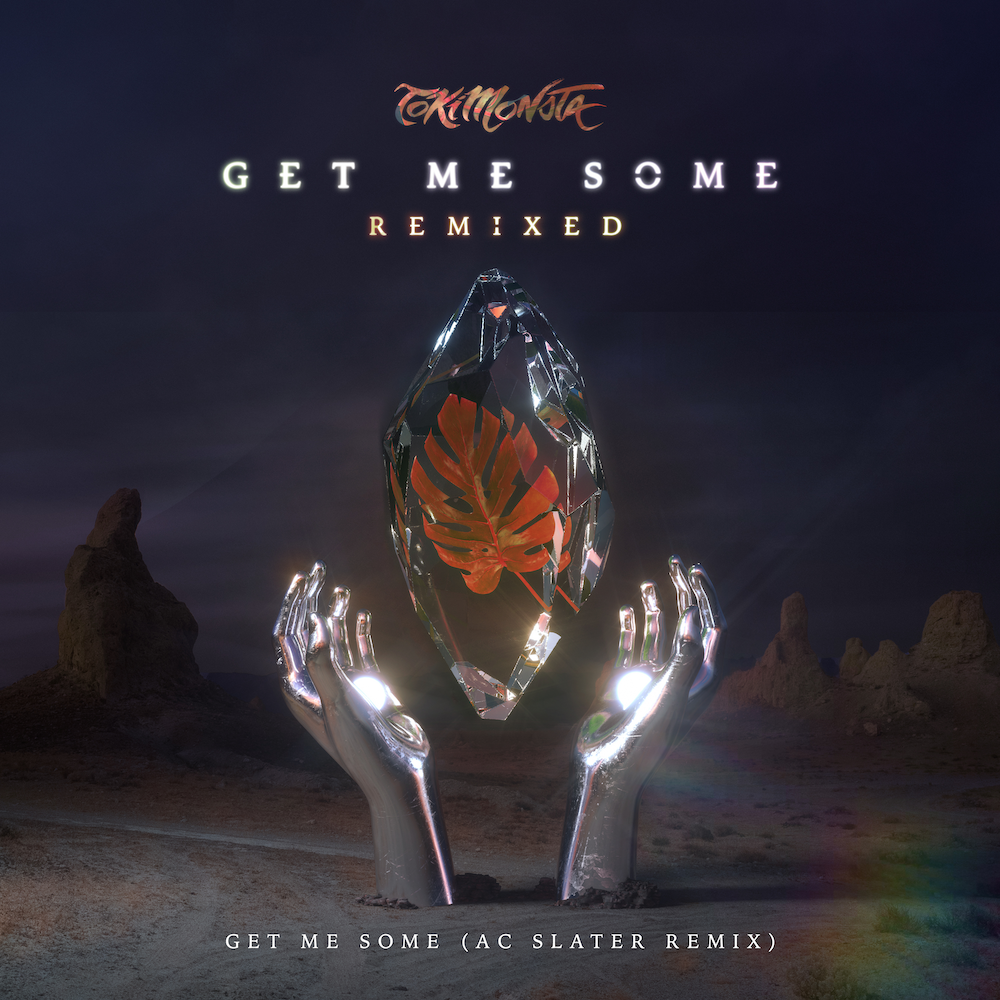 Gearing up for the release of her upcoming Oasis Nocturno Remixed album this Fall, Grammy-nominated producer TOKiMONSTA returns today with the “Get Me Some” ft. Drew Love & Dumbfounded (AC Slater Remix). The track is the first offering from the second remix pack titled Get Me Some Remixed EP, slated for release next month. It’s a rework by Los Angeles based DJ and producer, AC Slater. Slater reinvents the soulful and smooth track into a lively house production where he’s infused heavy baselines, a well-executed break, and has combined an infectious 2 step garage element.
Speaking on the remix AC Slater shares, “I love all three of the original artists involved so I was super excited to be called in to remix the song. Because the original was so smooth and funky, I decided to strip the song down for the club and give it more of a jackin’ house groove with some wonky bass”. With TOKiMONSTA adding, “AC Slater is an amazing producer that has respectfully championed the world of house and bass. I’m super grateful and excited by this amazing remix he made for “Get Me Some.””
The single follows the release of the first remix pack and EP titled Come and Go Remixed, which featured R&B duo VanJess. It showcased five reimagined works by both upcoming and mainstay producers, including Dombresky, Falcons ft. KingJet, Promnite, Halogenix, and Damian Lazarus. The EP was a follow up to TOKiMONSTA’s well-received fourth full-length album released earlier this year, Oasis Nocturno.

In this article:AC Slater, featured, get me some, Tokimonsta