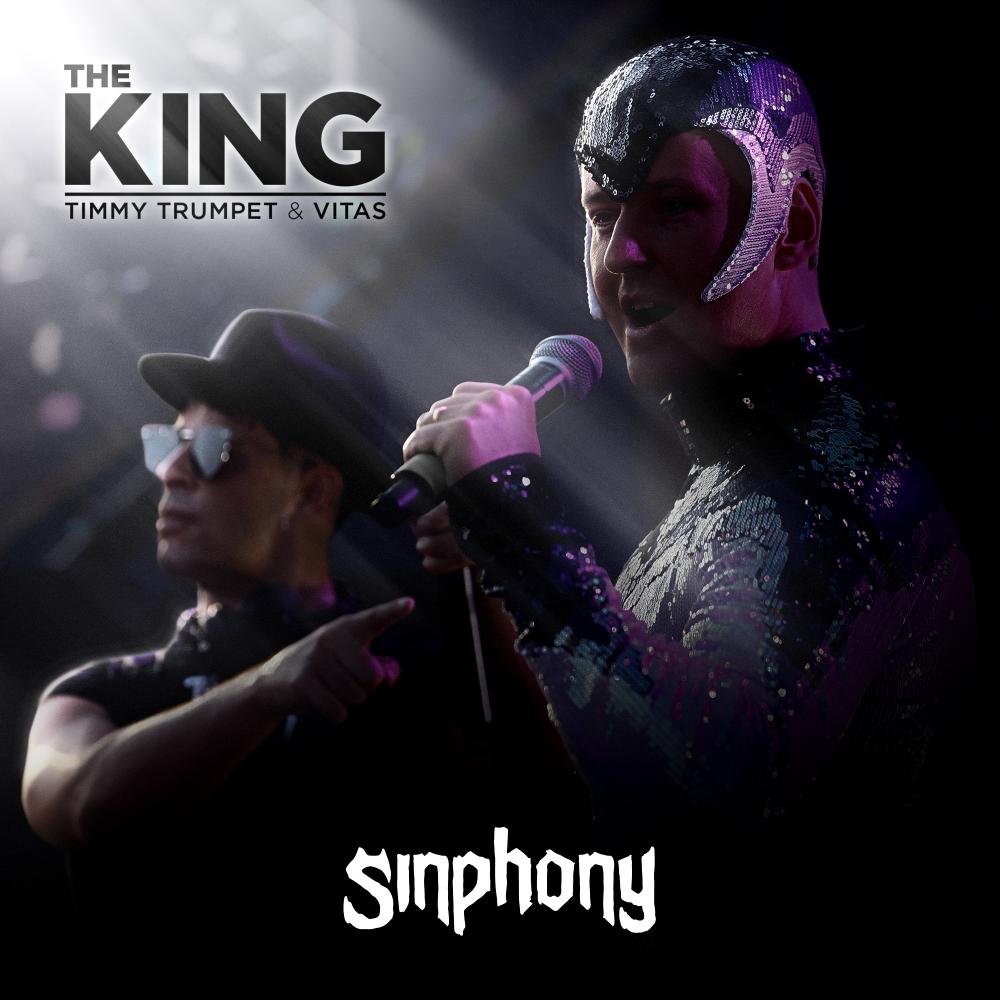 Timmy Trumpet shocked fans when he called Russian superstar VITAS onto the stage at Tomorrowland. The unlikely duo performed the singers viral smash ‘The 7th Element’ released by VITAS in the early 2000’s. Mashing it into a brand new hardstyle remake of one of the most popular classical compositions of all time – now titled ‘The King’ –  critics dubbed the performance the standout moment of 2019.

The videos captured on the day clocked more than 50 MILLION views. VITAS first went viral years ago, not only for his incredible use of operatic falsetto, but for wearing an alien suit on stage then in his early 20’s. Making its first appearance in two decades, the alien suit returned, and the people of Tomorrowland couldn’t get enough.

‘The King’ is the festival favourite that reminds us all too much of what we have missed this year. With supercharged synths, spinetingling basslines and hypnotic riffs, this stomping anthem is every raver’s dream.

Take a trip down memory lane to a not too distant past when an Aussie DJ and a superstar from another planet took over the world’s most iconic dance music festival.
In this article:edm, edm 2020, edm release, edm releases, featured, festival, SINPHONY, The 7th Element, The King, Timmy Trumpet, tomorrowland, VITAS