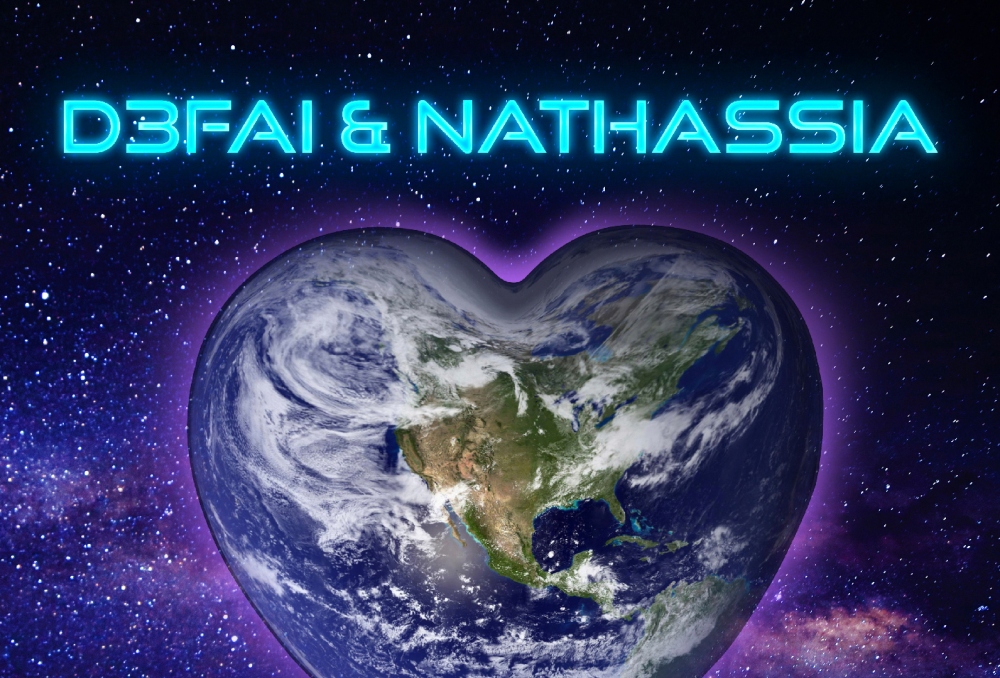 “Change The World” is the first collaboration between one of Argentinian’s hottest emerging producers, D3FAI and Dutch electronic music artist NATHASSIA.

Electronic music artist Federico Fragala AKA D3FAI (Revealed/Spinnin’/Dim Mak/Outlaw) has been making a big name for himself in recent years with support from the likes of Tiësto, Afrojack, David Guetta & Steve Aoki. With official remixes for Hardwell and a collaboration with Blasterjaxx along with global touring his future is bright.

NATHASSIA (pronounced Natasha) being half Dutch & half Indian, emanates a mesmerising quality. Her vocal style, music and live performances bring together both eastern and western cultures in spellbinding style. Described as “TORI AMOS FOR THE KISS FM GENERATION”, “PJ HARVEY FOR THE CLUB ENVIRONMENT” & “THIS GENERATIONS KATE BUSH”. Having tasted initial global success as a featured artist including A List on UK Radio & live on Dutch national radio with the likes of Soulcast & Moonbeam NATHASSIA has gone on to successfully forge her own style & sound as an electronic music artist with recent support from Blasterjaxx, Andi Durrant & BL3ND.

Together, their collaboration, “Change The World” is nothing short of amazing. Released via ArchangelUK Recordings, the tune is full of big room vibes that is contagiously danceable. Going forward, we’ll be anxiously on the edge of our seat to see if more collaborations are to come from the ingenious duo.