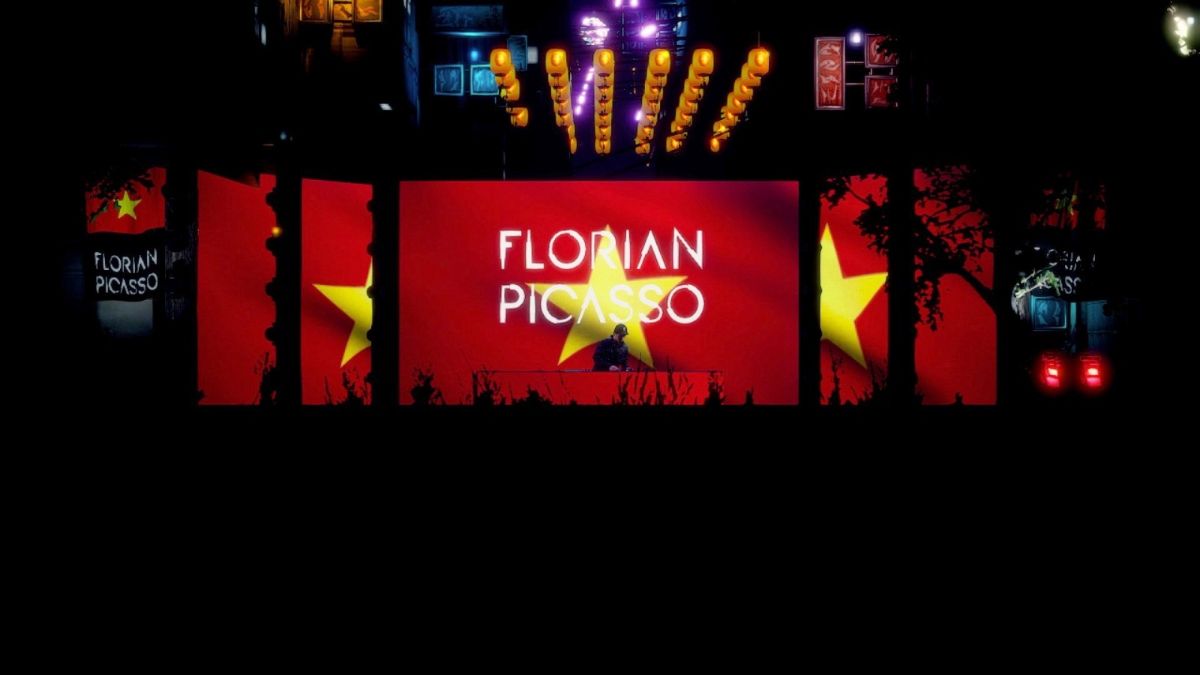 On Sunday, June 21st, Florian Picasso performed an exclusive live stream to highlight his Vietnamese heritage. Picasso is no stage name, the internationally acclaimed DJ and producer was adopted from Vietnam into the Picasso family by Pablo’s granddaughter, but still strongly embraces his origins.

Picasso’s performance was viewed by over a million people and received thousands of comments as he showcased his cleverly crafted tracks surrounded by a unique VR environment. To pay tribute to his Vietnamese heritage, Florian teamed up with a VR company and performed the first half of the live stream on the river banks of the Mekong and the second half in the city of Saigon.

The last show Florian played in Vietnam was in 2017 for New Year’s Eve, where he attracted 80.000 people as solo headliner. ‘When I play in Vietnam it feels extra special and the connection I have with the crowd there is really the best on earth for me. One of my biggest regrets is to not be there more often and I want to change that from now on!’ Florian Picasso says.

With this live stream reaching close to two million fans around the world and mainly in Vietnam, Florian is not planning on slowing down anytime soon. He has other exciting live streams planned, one of which will highlight his Picasso heritage and will take place at the Picasso Villa La Californie in Cannes at the end of July. More information will follow soon!