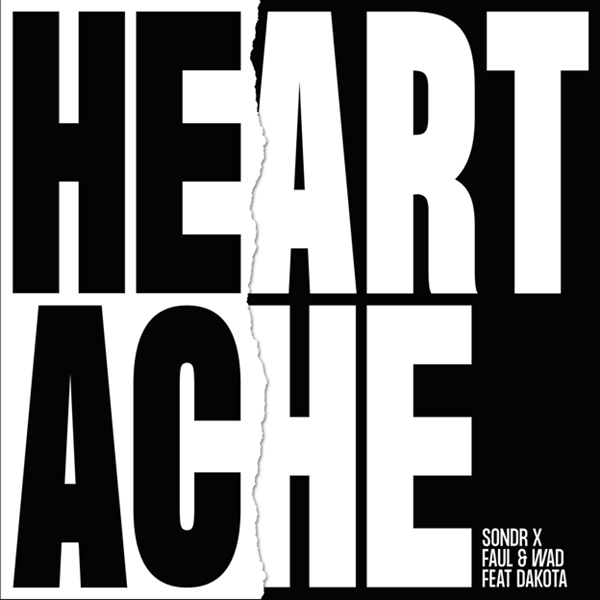 Sondr Faul & Wad Heartache Featuring Dakota  – Released on now through Ultra Music is the richly musical collaboration from SONDR and Faul & Wad. Hailing from London, the SONDR duo has a stream of hugely successful remixes to their name – including edits for the likes of  The Chainsmokers, Steve Aoki and Why Don’t We. Paris-based duo Faul & Wad emerged in 2013 and have since amassed over 320 million Spotify streams with hits like “Changes” and “Call You Home.”

The story of “Heartache”’ dates back a few years when the song was written with Corey Sanders who records under the moniker Dirty Blond. Sondr took the track to Faul & Wad and together they turned it into an “emo cry banger.” Taking over vocal duties is the British singer Dakota who is best known for her work on Jonas Blue’s 2015 cover of Tracy Chapman’s single “Fast Car.” In recent years, she’s had a string of successful singles including the Syn Cole collab “Lights Go Down.”


Fans should be on the lookout for the lyric video for “Heartache” which will premiere on Ultra Music’s YouTube channel soon.