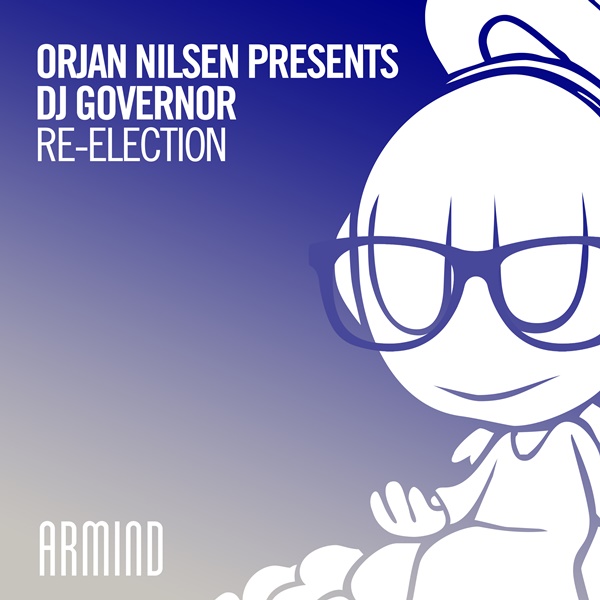 Orjan Nilsen DJ Governor Re-Election – It’s been almost fifteen years since Orjan Nilsen jumped the queue and shook the scene with ‘Red Woods’ as the brilliant breakthrough track under his DJ Governor moniker, and a lot has happened since then. The Norwegian DJ and producer became one of the most lauded personae in the electronic music world, known for spoiling the global crowd with one iconic masterpiece after another whilst wreaking havoc on the live front as well. And now, to honor his roots and plunge the dance music world into that specific brand of old-school Trance once more, he has given in to popular demand and unleashed a brand-new DJ Governor track onto Armin van Buuren’s Armind label: ‘Re-Election’.

Old-school Trance with a modern twist, ‘Re-Election’ sees Orjan Nilsen reach into his uplifting mojo again. With rousing melodies and more than enough power to make stadiums quiver, this track not only shows how much Orjan Nilsen has improved as an leading electornic music artist, but also how he’s managed to retain his spot atop the scene for all these years.


Orjan Nilsen: “”It’s surreal to think that 15 years have passed since I made my first released track, ‘Red Woods’. It was at the time when Armin himself discovered me and called me on MSN. Funny thing is that I didn’t believe it was him… until I actually asked him to turn on his camera, and there he was, the man himself. Times have changed so much since then, especially what music sounds like. Back then, you couldn’t think of a track shorter than seven or eight minutes long and the sound quality was much, much lower. Nowadays, you can make an exceptional trance track that is not even 4 minutes long, and this is what I attempted with ‘Re-Election’. It’s old-school trance with a modern twist, good sound quality, a must-have melody and that dance floor energy. I hope you enjoy it as much as I do!”