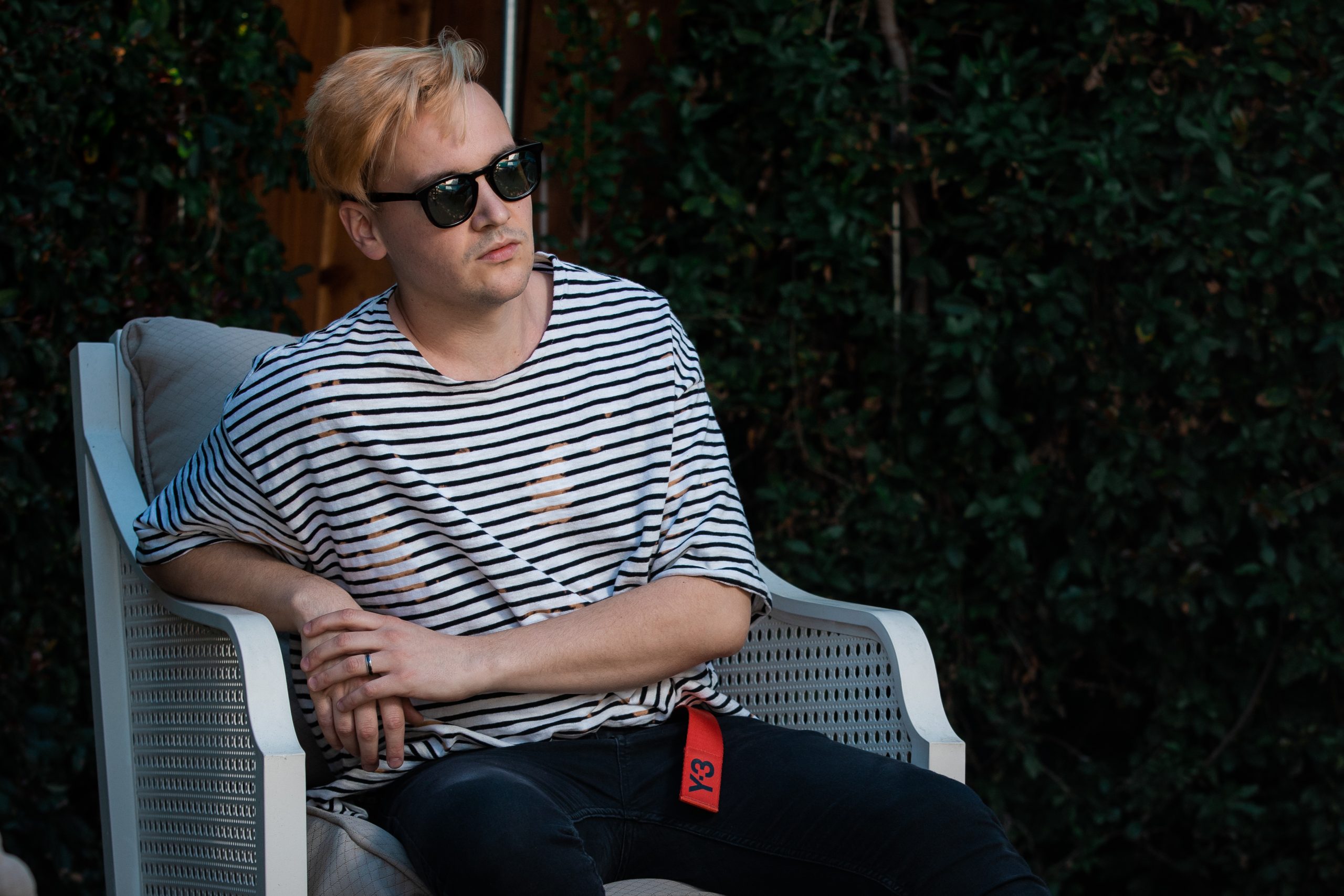 Award-winning songwriter/producer Lindgren is a name that your ears certainly already know in the world of EDM and Dance.  Having some amazing accomplishments from his impressive portfolio with global pop artists such as DuaLipa, Halsey, Sia, BTS, TXT, Cheat Codes, Everglow, and more, he now takes center stage with duo BONNIE X CLYDE for their new single “Atypical.”  Lindgren is a man of many hats. He had co-wrote ON by BTS featuring Sia from their new album Map of the Soul: 7, holding the#4 peak position on Billboard Hot 100. He also co-wrote the biggest hit of 2019,Boy With Luv by BTS featuring Halsey which reached #1 on iTunes and peaked at #8 on Billboard Hot 100 chart; and the album was #1 on Billboard Album 200 chart. The song itself went platinum two months after its release with the music video accumulating over 758 million views in the last 12 months. Lindgren also has three World Guinness Records for most viewed YouTube music video in 24 hours by a K-pop group, most viewed YouTube music video in 24 hours, and most viewed YouTube video in 24 hours – all from Boy With Luv music video – and secured one more World Guinness Record by co-writing TXT’s debut single Crown for their music video becoming the most viewed music video in 24 hours by a K-pop group debut with 14.4 million views. We had the honor of catching up with Lindgren, for an exclusive interview that you can dive into, below.
LISTEN TO “ATYPICAL” with BONNIE X CLYDE via SPOTIFY:
https://open.spotify.com/track/4lqfWPpepyKaJFw9ZDWUCt?si=TaRtw_7gRkuj6BC1GtPlLw

Congratulations on the release of your new single out “Atypical”! What can you tell us about the new track and how did it come about?

Thank you so much! We’re all really proud of the record. As a producer or songwriter, it’s not every day that the first song you write with an artist becomes their next single. That just truly shows you how good the vibe was in the session. Melanie and I had heard great things about BONNIE x CLYDE all around town but we never had the pleasure before so when the opportunity presented itself, we obviously immediately set a date.

For the piece you teamed up with Bonnie x Clyde. What was it like working with the duo and how did the collaboration come to fruition?

I’ve worked with many artists and DJs and I gotta say these two work incredibly fast. The song really came about quite effortlessly. Chords, melodies, lyrical concept and production all kind of happened simultaneously in that one session at my studio. For songs with DJ projects attached I’m used to working on a quite minimal arrangement because most people take whatever is written in the session home and sink their teeth into final production on their own but with BONNIE X CLYDE I had much more input than just 4 chords and the tempo. I’m really thankful for the trust these two.

You have some amazing accomplishments working with the likes of BTS, Halsey, Sia and more. What would you say is your favorite aspect of collaborating with different and diverse artists?

Honestly, my favorite part about working without the limits of genres is proving my college professors wrong. For 5 years I had to hear ’Focus on one genre!’ and ‘You won’t succeed if you try to do everything’ every time I presented a new project. I just never believed in genres like that. As Diplo once said: “Production is just fashion for good songs” (I hope I’m quoting him correctly here) Now it’s 5 years later and I’m extremely proud to have stayed the course of doing whatever the hell I want. Suck it, Teach!

How did you end up collaborating with BTS on their latest record, in particular for the track “ON”? Was it more hands on or did you send them a track that was ready to go production wise?

Working with BTS and their label BigHit Entertainment is amazing. The process is so different from anything else I do in music. They have an extremely clear vision for the song ahead of time and they don’t veer from it one bit. They purely use our (Melanie Fontana’s and my) melodies and maybe the occasional English word but the rest, the track and the lyrical concept is theirs. It’s a great opportunity for me to expand my creative horizon as I’m usually the dude in the session tweaking a snare or a synth sound while the other writers write melody and lyrics. I’m happy I get to be one of those guys for the BTS songs.

From the beginning, what inspired you to get into the music realm?

Dude, I had no choice. Hahaha. My father is a bassist, my stepmother a theater producer and my mother is a songwriter and comedian. I literally grew up on stage. My dad would take the stroller on stage with him, hide it behind his amp, play the gig and check on me in between songs. That’s most definitely where my affinity for low frequencies comes from. When I was 8 years old I got a computer with Cubase on it (I still have one of the floppy disks) and that’s when I started to get into making beats. Other kids continued with their legos and eventually video games. I had 8 tracks of MIDI and some drum loops. In my early teenage years I started playing in bands and rapping. But my rapper friends were just so much better than me that I became the guy that made the beats and recorded them in my little studio that was essentially my parent’s attic.

Known for making your mark in the world of production and EDM, what advice do you have to producers just starting out? What pieces of advice were beneficial to you when starting?

This is gonna sound soooo preachy but I believe it to be incredibly vital:

Learn theory and at least one instrument enough to be able to write a song without a computer.

The song is KING. Production is second. Always.

Yes, we’ve all seen Deadmau5 do his Masterclass where he just paints MIDI and it sounds amazing but chances are, you’re just not as good as Joel. Not many are. The people that moved EDM forward have always been people that chose EDM as their voice. They weren’t limited to it. Daft Punk, Skrillex, Rob Swire, Zedd, all guys that came from a band background. They’re all incredible songwriters that think about the music first.  The production is just craft. And they happen to be amazing at that. If that’s not enough to make my point: Try singing me a Richie Hawtin song.

No luck? But I bet you can sing me ’Scary Monsters and Nice Sprites’ 😉