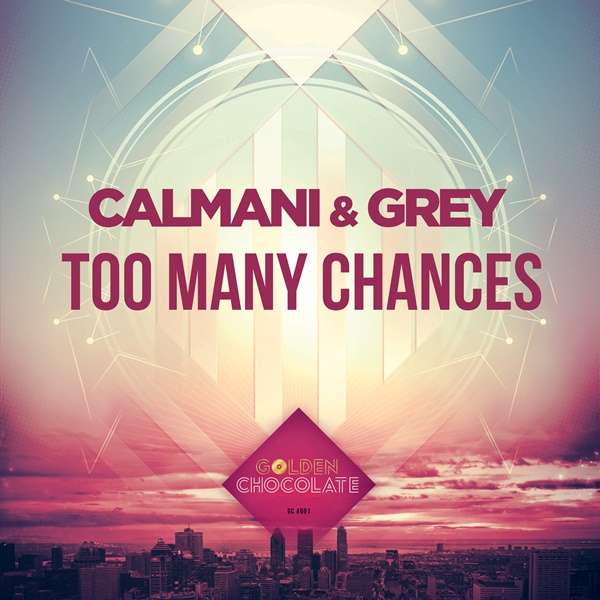 Calmani & Grey Too Many Chances – Calmani & Grey are back with their new single “Too Many Chances”. The atmospheric club track is in line with the trend of the times and will be released together with an official music video. At the same time this release is the starting signal for their own label “Golden Chocolate Records”.


The German producer and DJ duo Calmani & Grey have been releasing songs regularly for several years. They don’t have a fixed genre. From Deep-House to Club-Tracks to Trap, Calmani & Grey stand for a good and danceable sound.

Their tracks have been released on labels like Lowly Palace, Trap Nation, Kontor, Armada, WePlay or RUN DBN. With “Tattoo” they had a very successful single at the start in 2017, which reached 2.7 million streams so far.
Calmani & Grey count more than 7 million streams on Spotify alone. Songs like “To The Moon and Back”, “Winter Ocean” or “Can’tLet You Go” were played on radio and TV. Star DJs like Hardwell, Tiesto, Dimitri Vegas & Like Mike, EDX, Don Diablo and many more played songs from Calmani & Grey in their radio shows or even at the Tomorrowland Festival.

With remixes to songs by Maroon 5, Mike Williams, Zedd, The Chainsmokers they could generate many millions of plays on YouTube. Several festival gigs and club bookings, among others at the legendary Bootshaus (support for Ummet Ozcan, Mike Williams, Martin Jensen, Sam Feld, Zonderling), have allowed Calmani & Grey to play in recent years. In 2018 and 2019 they played on festivals together with DJ Snake, Axwell & Ingrosso, Armin van Buuren, Martin Jensen, Mike Williams, Zonderling and several more Top 100 DJs.

In this article:Calmani & Grey, Calmani and Grey, Golden Chocolate Records, Too Many Chances