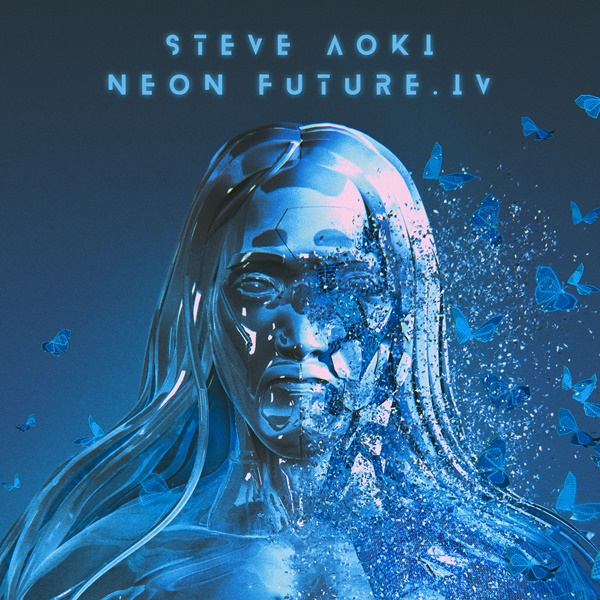 In an uncertain climate of social distancing, this new high energy single effortlessly blends the talents of Aoki and Icona, offering the perfect antidote to get by. Encouraging positivity, the track harnesses the power of the unwavering bond between friends that is forever, “I love my friends and my friends love me. Like all the time, they’re right beside me,” thus providing listeners with a thrilling escape from current realities. This single combined with the prior two weeks’ releases, “Love You More” ft. Lay Zhang and will.i.am and “One True Love” with Slushii, give a taste of the musical spectrum that the robust 27-track Neon Future IV has to offer.

“The central force of Neon Future is more about the narrative of the evolution of Neon Future I, II, III and IV. If you listen to each album back to back, you can hear this musical evolution and that is most important for my fans to take away. Each volume in the series goes hand in hand with the songs that are meant to tell our future story.” – Steve Aoki

Neon Future IV is Aoki’s most pop-focused album yet, standing as the largest creative output from the futuristic concept series to date, featuring music from countless collaborators across global genres, including names like Tory Lanez, Mike Shinoda, Lights, Desiigner, AGNEZ MO and actress/singer Zooey Deschanel amongst many more. Most recently, Steve teamed up with one of China’s biggest superstars, Lay Zhang, and will.i.am for “Love You More,” Travis Barker and Global Dan for “Halfway Dead” and Latin pop sensation Maluma for the release of “Maldad,” the latter of which was #5 on Billboard’s recent “Vamos a Bailar: The 10 Best Collaborations Between Dance & Latin Pop Artists” list. Last year, Aoki also worked with the iconic Sting and platinum-selling trio SHAED on contemporary love anthem “2 in a Million,” which received praise from the likes of The New York Times and Billboard, capping things off with the Backstreet Boys on the emotional single “Let it Be Me,” which was performed at last year’s iHeart Festival.

In addition to including the biggest names in music, Aoki’s Neon Future IV stays true to other albums in the series by incorporating some of the leading minds of today, with the 17th song on the album “Homo Deus.” The track is named after the book Homo Deus: A Brief History of Tomorrow, and features its writer: historian, philosopher, and bestselling author Yuval Noah Harari, who is also known for New York Times chart-toppers Sapiens: A Brief History of Humankind, and 21 Lessons for the 21st Century. Continuing with the effortless fusing of literary and intellectual flare, the record includes Kita Sovee in the intro and outro, otherwise known as the character modeled after Aoki from his Neon Future comic series with Impact Theory that explores the world of techno-optimism.

“I have songs that are intrinsic to the DNA of what Neon Future is about and I have my club bangers and all this stuff, and they all work together, because at the end of the day they’re all musical expressions of this period of time of Steve Aoki.” – Aoki