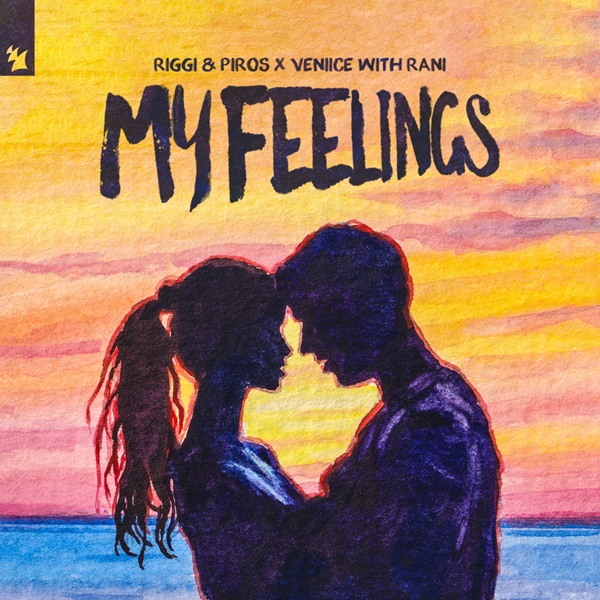 Riggi & Piros VENIICE RANI My Feelings – It’s been a year or three since Riggi & Piros last landed on Amsterdam-, New York-and London-based record label Armada Music, but the New Jersey tastemakers are back and ready to hit another record home. A collaboration with L.A.-based DJ and producer VENIICE and rising RnB-Pop singer-songwriter RANI, ‘My Feelings’ brings about a tidal wave of emotion that’s sure to strike a chord in listeners worldwide.

As much as its lyrics reflect on the battle between indecision and longing, Riggi and Piros x VENIICE’s ‘My Feelings’ juggles softer passages and cautious optimism with taking the leap on a musical level. Adorned with velvet chords, beefed-up beats and RANI’s center-stage vocals, this track is exactly what it should be: catchy, authentic and tailored to the airwaves.

Riggi & Piros: “The title of this song, ’My Feelings’, digs into the core of who we are, one way or another. To say the words is to objectify the emotions, to render them tangible, concrete, living. It tells people to be mindful of the feelings of others, and to be kinder to those hurting until they’re strong enough to walk again.”

VENIICE: “I was in the studio listening to toplines and demos with Olaf Blackwood in Hollywood. We were looking to collaborate on something together, so he briefly played the audio to the vocal and I pretty much fell out of my chair; I instantly fell in love with the song and with RANI’s voice. The track is inspired by real life experiences and emotions; we wanted to capture the dance floor while also relaying a common message about love.”

RANI: “I met Olaf Blackwood around two years ago and he has been an amazing help and inspiration for me in music. Olaf was also the one that brought me in contact with VENIICE and Riggi & Piros, and when I heard the track on which they had worked their magic, I instantly loved it! What is so beautiful about the track is that it describes something I feel a lot of people can relate to. Everyone knows what it’s like to be in love and how someone can mean so much to you. That’s why love can hurt so much too. I feel so honored for being given the chance to work with these talented people, and I can’t wait for the whole world to hear our song!”

Born Alex Marrero, VENIICE has steadfastly established a name for himself in the global electronic dance music scene. In addition to performing at dance music hotspots such as Miami Music Week, Electric Daisy Carnival and Insomniac’s Countdown NYE 2016, he has released music on a wide variety of top-flight labels, earning him support from the likes of Armin van Buuren, Above & Beyond, Ferry Corsten, Paul Oakenfold and Andy Moor whilst also climbing Beatport’s Top 100 charts. VENIICE’s latest offering on Armada Music proved a genre-bending twist on Somna and Matthew Steeper’s ‘My Shelter’, which was featured on Armin van Buuren’s A State Of Trance radio show.

Rising RnB-pop singer and songwriter RANI is best known for her work on ‘Post Malone’, the globally acclaimed, multi-platinum Sam Feldt single that racked up well over 250 million Spotify streams since its release in 2019. Though her international breakthrough is as recent as 2018, she’s already had success with releases such as Weiss’ ‘Feel My Needs’ (playlisted on U.K. radio stations such as BBC Radio 1 and named “Track of the week” on two different occasions) and Faustix’s ‘Crying In The Sun’, the latter of which gained her millions of streams, commendable chart positions and airplay across Scandinavia.