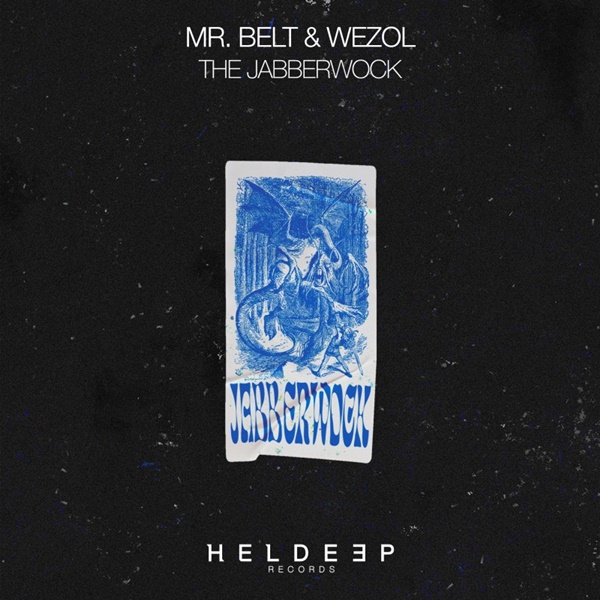 Mr. Belt Wezol The Jabberwock – Banger alert! The inimitable duo Mr. Belt & Wezol are back on Heldeep Records for the first time since 2018’s ‘Harmony’ and they’ve cooked up another absolute monster. Quite literally!

Taking its inspiration and lyrics from Lewis Caroll’s fantastical 1871 gibberish poem ‘The Jabberwocky’ — which is about a mythical beast — ‘The Jabberwock’ is a pounding high-energy house cut with inspiration from the bass music landscape. Glimmering harp trills shimmer over the distorted kicks and sharp hats in the intro before a dramatic, dark piano refrain brings us into the breakdown.

A dramatic female voice delivers lines from the poem before the drop hits with a warped synth hook and gnarly, bouncing bass to form the crux of the tracks. Little else is needed to make this track bang, with some haunting keys and eerie pad sounds creating a spooked atmosphere as we enter the next break.

Mr. Belt & Wezol are famed for their top disco-flavoured tracks like ‘Finally’, ‘Boogie Wonderland’ and ‘Let’s All Chant’, but this new single is one of their toughest yet. Their ‘The Cuckoo’s Nest’ Radio Show is also wildly popular, and appearances at the likes of Tomorrowland have shown their a huge force behind the decks.