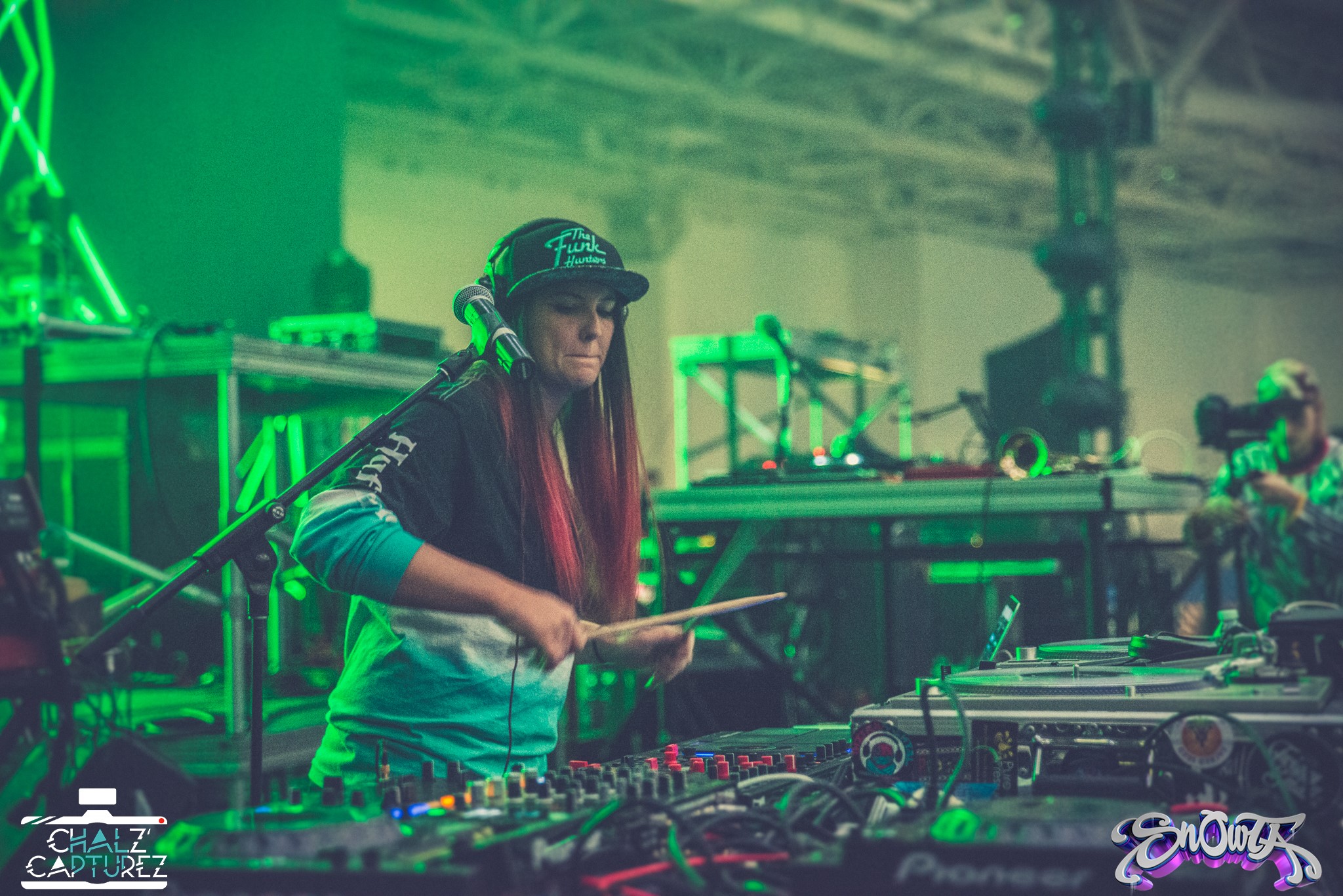 Producer and vocalist Megan Hamilton has joined lyrical forces with rapper Will Robinson on this year’s 420 electronic anthem, “G.R.E.A.M.” A play on WuTang’s classic, Green Rules Everything Around Me is a mantra for the weed smokers, the veggie eaters and enthusiasts of that color we like to call “green.” Megan & Will come correct as they weave witty plays on words into this midtempo banger, produced by Hamilton herself. It’s an ode to the greenest of crack, the succulents and the dimes in your life….

Megan Hamilton is a well-equipped rocket in the electronic orbit: her mix of hypnotic bass, funky riffs and house grooves push the envelope with each track. As both a producer & vocalist with hip hop roots, she’s able to spin toplines atop beats at the flip of a technicolored hat.

Megan has spread the good word of unapologetic and genre-defying music throughout North America, with performances at Lightning In a Bottle, Arise Festival, STS9’s Wavespell Festival, Sonic Bloom and many more. Her musical resumé consists of sharing stages with electronic heavyweights such as The Glitch Mob, Big Gigantic, Gramatik, CloZee and The Floozies. Similar to many of her peers today, Megan refuses to limit herself to one genre – so come without expectations. You’re guaranteed a party out of this world.

In this article:420, House, megan hamilton, midtempo, Rap, Will Robinson